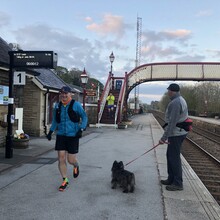 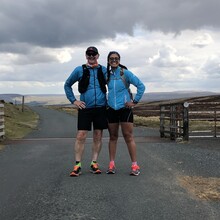 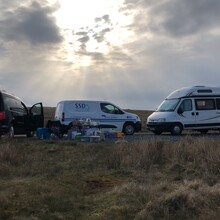 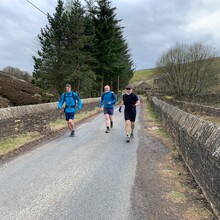 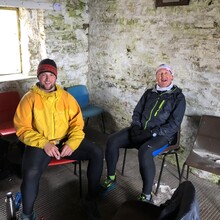 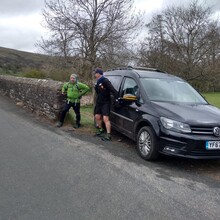 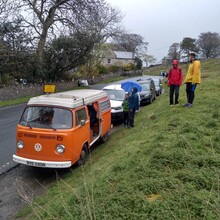 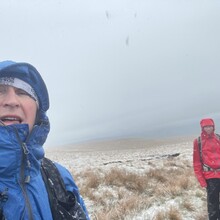 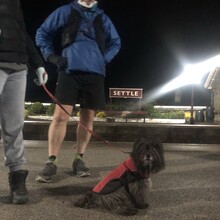 On the 1st May 2021 at 06:00 I left Settle on A Pennine Journey-In September 1938, with Adolf Hitler poised to bring war to Europe- Alfred Wainwright set off on a long walk- After my dark winter under Covid lockdown I needed a challenge.

I ran from Settle to Swinhope Head which took just under 24 hours. I slept from 05:30 to 07:11 -I then headed off to the wall via Westgate/Blanchland and Hexham. I reached the wall early  sunday evening. I was supported by Susan and my son Richard and a great bunch of runners and road crew.I was able to get supplies of water at the major road crossings, these were planned ahead. I mainly ate Susan's flapjack and soups sandwiches and cake. I managed to reach Greenhead early Monday am for the return trip down the western pennines. The weather became foul as we approached Carrigill, so we headed over Crossfell via greg's hut in blizzard conditions. It rained on and off all through the afternoon and through the next night. Crossing Holmes Moss Hill in the dark and gales to Fell End near the Howgills was super tough as there is a poor path to navigate, Richard was superb. Once over in the Howgills early Tuesday we were able to trot up and over into Dentdale then swing up and over Whernside down to Ingleton. The weather played its final hand as we went up and over Ingleborough as it snowed heavily and there was no visibility. I was navigated there by Roy who safely got me down to gapping gill then onto Autstwick to meet my team for the final trot in via Feizor.

I had an amazing time. It started off being about me trying to get round, but in the end it was more about veryone looking after each other on the roads and in the hills. I have some very special family and friends.....That is why I completed the Round