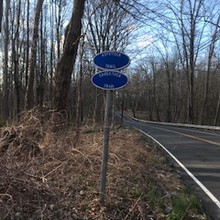 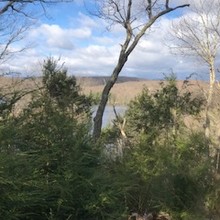 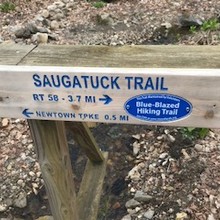 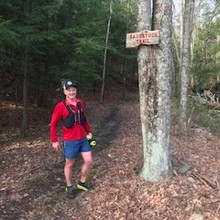 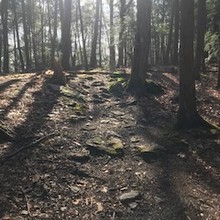 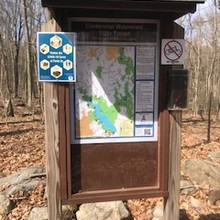 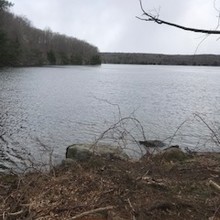 Alan and I started out just before 8:30 am on Friday, April 10. Temps were close to 40 degrees with some pretty good wind and generally partly sunny skies. We were attempting the out and back FKT as someone had done it the week before in a reasonable time. Our goal was to go 4 hours or better as I had previously been on about 90% of the trail and knew the route. There's two distinct sections: the first half which gets you to Route 53 via the east and north side of Saugatuck Resorvoir and then second half which traverses the west side of the lake. There are no huge climbs, just a lot of short-medium ones which sometimes force you to walk a bit. Tons of twists and turns, plus rocks and roots in many spots, force you to pay attention as I fell twice!

We went out conservatively, hit the turnaround in 2:08 and change and had a goal of negative splitting, but it was not to be. Alan had pretty fresh legs so was feeling good and probably could have gone 10-15 minutes faster pretty easily, but I was coming off a long virtual event the weekend before so was definitely holding him back.

UPDATE: After submitting this FKT, I realized that Justin Kousky went out the next day and crushed the record in 3:37! Great work!