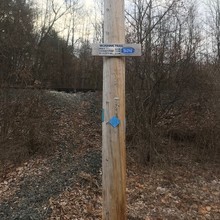 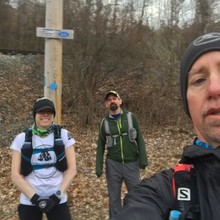 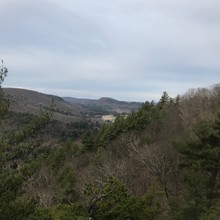 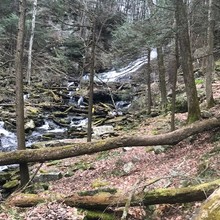 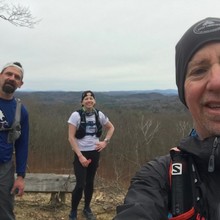 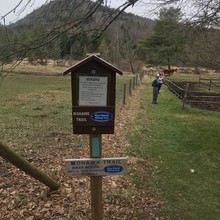 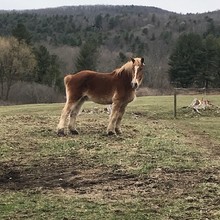 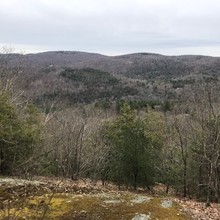 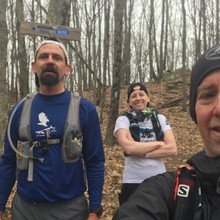 Two of my Steep Endurance teammates, Jennifer Stack and Brian Shafer, along with myself started out just before 7:30 a.m. on Saturday, March 28, 2020 at the northern trailhead of the Mohawk Trail. Some friends of mine from CT had set the sefl-supported mixed gender FKT the week before, so we figured we would give it a crack. The first climb is a doozy...about 700' elevation in less than a mile! The first mile took us approximately 25 minutes! After that, we stayed pretty steady going by a beautiful waterfall at Dean's Ravine about 2.5 miles in. After that, the terrain is somewhat rolling with some gradual climbs/descents, but pretty technical in spots. We hit the 11 mile mark at the Route 43 trailhead in 2:36. We had stashed some water there as that was just under halfway. We all still felt pretty good.

We crossed over Route 4 and crossed the summit of the Mohawk Mountain Ski Area. A pretty steep descent on some beautiful singletrack, a few small road sections, and we were back into the woods in the Wyantenock State Forest. On the elevation map, it didn't look too bad, but it was difficult climb considering we were getting a bit tired. At this point, Brian Shafer fell off the back, but figured he would catch us on the downhill towards the Cornwall Bridge. He had done this section before so knew what to expect, plus he's a hell of a downhill runner! The last major descent was awesome, with lots of singletrack alongside a creek with even more waterfalls than earlier in the run.
Jennifer and I reached the bridge that brings you to the other side of Housatonic River and to the trailhead of the last climb up to Breadloaf Mountain and to the intersection of the Mohawk and the Appalachian Trail. I texted him to find out where he was, but was about 5 minutes behind us and told us to blast the last climb. The climb starts out fairly gentle, but then kicks you in the face pretty hard! We got to the top of Breadloaf and got a little lost finding the last 0.1 miles to the AT. There was some old blue blaze markers on some trees off to the right of the trail that confused us a bit and we probably spent 3 minutes trying to figure it out.

We eventually got back on track and finished in 5:36:30 according to my watch. Brian Shafer followed about 5 minutes behind us, but did not wear a GPS watch. He did a great job pulling us along in the middle miles and we will certainly be back to try and lower the mark with him!