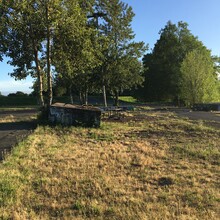 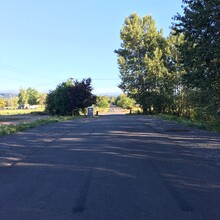 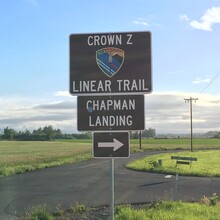 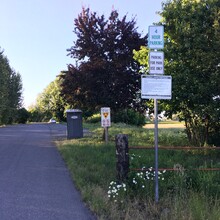 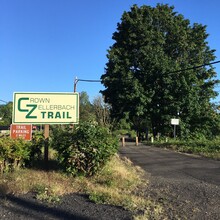 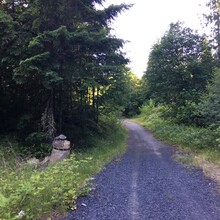 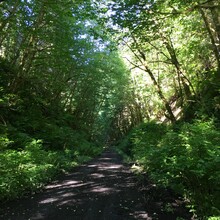 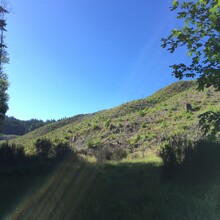 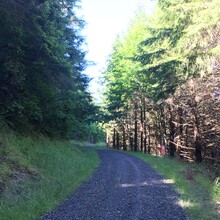 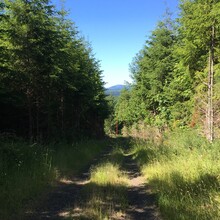 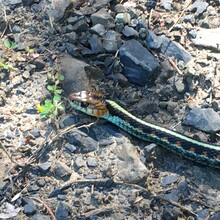 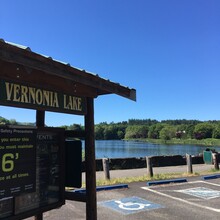 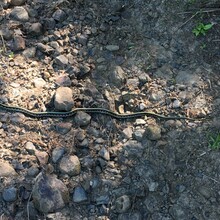 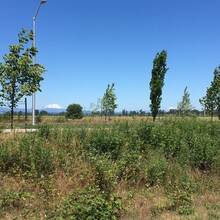 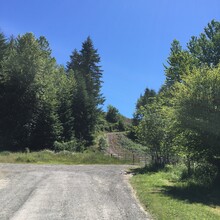 On June 19, 2021, I took a successful shot at the fastest known time (FKT) on the Crown-Zellerbach Trail, a 23-mile (each way) trail between Scappoose and Vernonia, Oregon.  I ran from Chapman Landing in the east to Vernonia Lake in the west, and then back, following the lead of earlier folks (the lake seems to be the natural turnaround, with a couple folks going farther to find resupply).  Time was 8:17:02 for the roundtrip, which I did unsupported.

Overall, my run was decent.  I originally planned to carry a 1.5L bladder and two or three 0.5L soft flasks in my Salomon hydration pack.  Unfortunately, the bladder began leaking fatally the night before when I was packing, so I had to abandon that idea and, instead, carried six 0.5L soft flasks.  The biggest downside of this blunder was the resulting jostling in my pack during the run, but that’s what I get for forgetting to buy a new bladder after my run along the Deschutes.  New bladder now on the way.

I went with Succeed Amino HP drink mix in my flasks for the whole day, and a mix of Gu gels and Gu Liquid for extra energy.  (Succeed has carbs, protein, and a bland flavor profile, which I like.)  I had a Slim Jim and a Ding Dong when I got sick of the gels for a while.  The Gu Liquids were a revelation, and I’m really glad I brought them; they went down easily late in the run when gels were just a little too much.  As to the amount of fluids, it’s simply hard for me to carry all I need given my body size and sweat rate, so although I generally did okay with hydration, I ran a deficit all day that made me a bit dry by the end, even with the turnaround refill (see below).

Energy levels were good for most of the day.  I was pretty happy with my splits (I usually shoot for a cautious 9-10 minute pace, especially early, on these unsupported runs) and slowed down a reasonable amount on the climbs.  I hit a real low point around 40 miles, which took me about 30-40 minutes to dig myself out of, but that wasn’t the end of the world; just a matter of problem-solving.  The last couple miles were a little slow despite solving the energy problems, but only because the 8-hour mark had come and gone.  All-in-all, this was a pretty enjoyable run.  I saw about 20 people in the eastern five miles of trail, going and coming, and perhaps 10 on the remainder of the trail.

The CZ Trail is a converted logging road that is partially developed, with the surface being mostly asphalt (solid or broken) or packed dirt.  Beginning at Chapman, the trail is relatively continuous asphalt or sidewalk until it crosses Hwy 30.  It then begins a long, gradual climb to approximately mile 11, transitioning from broken asphalt to packed dirt.  The climb is more significant from mile 11 to mile 13.6, and then drops down for a couple miles before flattening out, and then climbing again from mile 19 to mile 20 (where the trail was annoying crushed rock on the day I ran).  The trail drops again from mile 21-22, with the last portion being very steep, very rough logging road before it reaches Knott Rd. in Vernonia.  The last couple miles to the Vernonia Lake turnaround are fairly flat on city streets and highway.  Much of the trail is shaded, though it can get humid running among the trees, and I got pretty soggy.  My Coros Apex reported 3,200 feet of climbing for the roundtrip; details of the elevation profile can be found in my Strava link.  https://www.strava.com/activities/5497894259/overview

There are mile markers along the way, which appear to be accurate measures from Chapman Landing; although I didn’t notice them much in the first handful of miles, they become clearer at around 8-10 miles(?).

There is little water along the route; a creek runs below the trail in many places, but isn’t always readily accessible.  There is a water fountain and restroom at Vernonia Lake Park, but the water fountain may be off (of course, there’s a big lake if you have a filter).  I carried a filter (Katadyn BeFree 3L filter bag).  As others have noted, there are a couple gas stations/mini-marts if you run seriously low on supplies (one around the 4-mile mark, and another in Vernonia).  There’s a nice restroom at about the 2-mile mark (measured from Chapman Landing), and another at roughly mile 10.

There are a couple turns in the logging area (miles 20-21) where it’s possible to miss a turn, as I did for about 100 meters.  Just watch for the CZ markers and/or follow a GPS track or good map.

At the junction of the logging road and Knott Rd., there’s a sizable gate to step around to get onto Knott, while the “natural” direction (following the trail to the left) is the wrong one.  I went the wrong way for about 100 meters here, too, until I noticed the error.