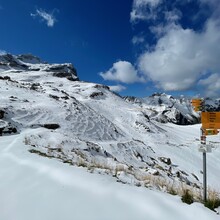 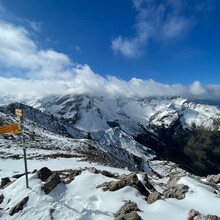 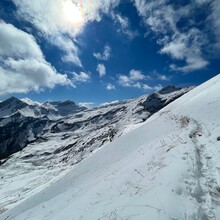 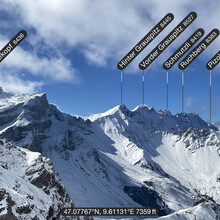 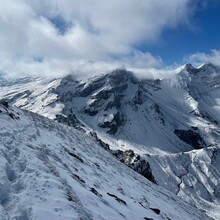 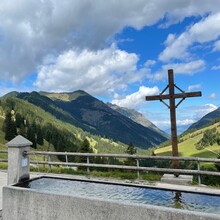 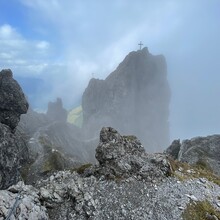 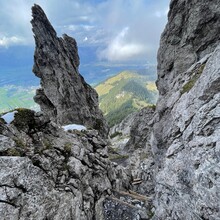 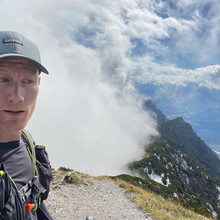 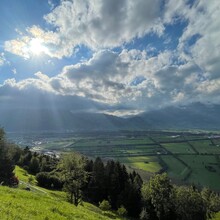 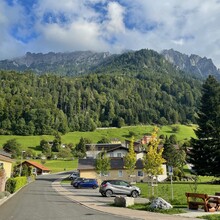 I had a couple of days in Liechtenstein, so I sought out a good long route to explore it. The tourism bureau has documented several different hiking trails around the country, and I found the Panoramaweg Trail, which is a 3-4 day backpacking tour. It seemed reasonable to give it a shot for a longish day, and to my knowledge, I'm the first person to run it. It didn't disappoint! It's a really beautiful trail traveling through much of the tiny nation of Liechtenstein, through alpine terrain, over a super-exposed ridgeline with some class 2 scrambling, and then some road running through towns at the end.

The main logistical trick is getting transport between the start and end points, since it's a point-to-point, but you can take the bus system to accomplish this for a few euros (check the times beforehand!). My primary concern was that some of the early season snow was going to be too treacherous to traverse, but despite some slowish post-holing, it was fine. Also, I would very much advise *not* doing this route in bad weather (thunderstorms, ice, heavy rain), because the section through the Three Sisters is very exposed and almost like a Via Ferrata with all the scrambling, ladders, and fixed cables. I wouldn't want to be up there when it's slick or with lightning. But it's super fun if you don't mind heights! I imagine this route can be run faster when there isn't snow covering the first 5 miles (I was breaking trail for a while), but it wouldn't be quite so picturesque. Great day out--have fun with it!