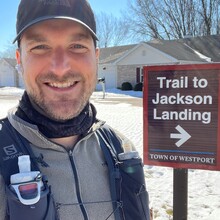 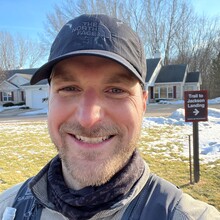 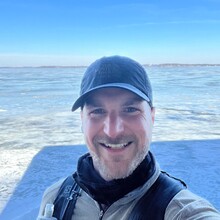 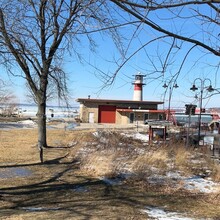 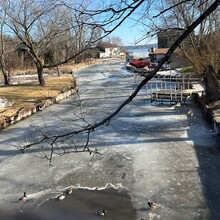 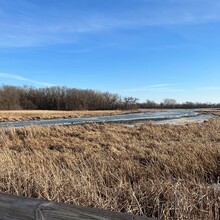 I took advantage of the unseasonably warm 50 degree day and completed an unsupported hike around Lake Mendota, starting and endng at the Jackson Landing trailhead. When mapping out this route I had hoped to make it a mostly paved marathon distance loop, but some park trails/sidewalks don’t get cleared and were still mostly snow and ice.  Since that distance wasn’t reached, my personal gps track includes some out and backs that don’t need to be completed.  Currently the only necessary out and back on the paved route is at Tenney Lock.

The hike went well overall since it’s hard to get negative when the weather was so amazing. I walked most of it and jogged some of the downhills. The only hiccup was that I did the whole trip on a liter of water and spent the last 10 miles with my legs feeling like one giant steaming pile of cramps as a result.  I did have my Salomon soft flask filter and had expected more melting to have occurred so that I could scoop up some refills along the way. Instead, water sources were still fairly frozen and I mostly only passed murky puddles along the way. I didn’t want to chance any negative health effects, so I bit the bullet and allowed a little dehydration to set in since this was a relatively short route anyway.  During the warmer part of the year you will have no problem filtering from a creek or the lake itself. If filtering isn’t for you, then many of the parks along the way should also have public water fountains turned on then too.  There is also plenty of other restaurants and convenience stores along the route if you are doing this supported. And obviously you could also just be smarter than me and bring more water along with you.

Anyway, back to my FKT… So I brought two half liter Salomon soft flasks. One had a filter that I didn’t end up using and the other was a plain soft flask that I luckily mixed some caffeinated electrolytes into before I started. I didn’t eat anything either and no one joined me on this attempt. Tons of people were outside taking advantage of the weather though so I did get to partake in some sweet Midwestern hospitality with a multitude of smiles and waves (and the occasional confused look) from strangers along the way. :P