Lake Mendota...The lesser known "big brother" to the famous Lake Monona in Madison, Wisconsin. Much of that lack of notoriety may be due to the fact that it doesn't have a 12 mile bike trail spanning its entire circumference. So Lake Monona has the Monona Terrace! Big deal! Once you complete the (almost) marathon around Lake Mendota, you will forget its "little brother" even exists. "But what about views of the Capitol?" you may ask. This route has those too. The Lake Mendota Loop not only gives you those views, but also takes you past many city/county parks and even Governor Nelson State Park. In fact, you can get your “Terrace fix” when you go through the University of Madison Campus and past the Memorial Union. This route takes you through the Lakeshore Nature Preserve and also past the Governor’s Mansion, all while providing spectacular views – both natural and architectural- along the way.

The idea behind this route is simple – Try to stay as close to the lake as possible while staying on paved roads. Just turn right or left (depending if running route clockwise or counterclockwise) at basically any intersection that isn’t a dead end. Another great feature of this route is that there isn’t technically a start/end point so you can potentially park and start the route at any of the multitude of parks along the way. There are also some gas stations/convenience stores/restaurants close to the route and water/restrooms at the parks on route that make a supported attempt more accessible.

This paved route provides an accessible year round running route, but I also plan to provide a longer route that includes trails through more parks where possible. At this time, the plan for that route variation will be to utilize more trails in the Lakeshore Nature Preserve (going out to Picnic Point), taking the trail around the edge of Governor’s Island, traversing through Governor Nelson State Park and Jackson’s Landing, climbing to the top of Eagle Heights Woods and passing closer to the shoreline through Marshall, James Madison and Tenney Parks. 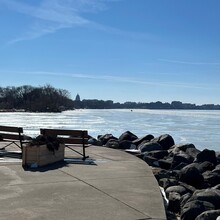 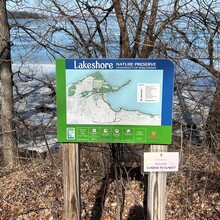 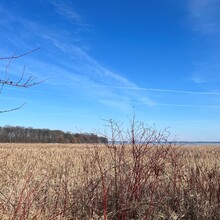 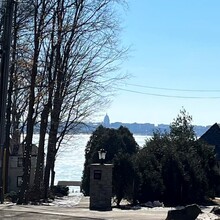 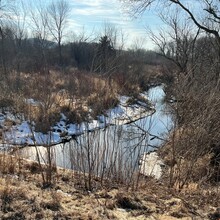 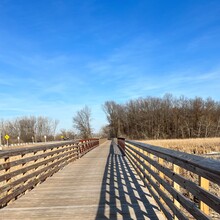