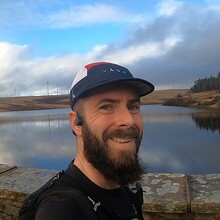 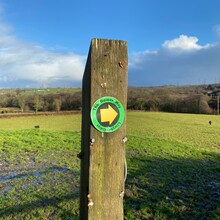 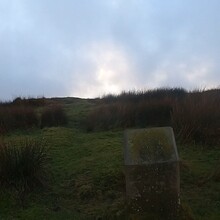 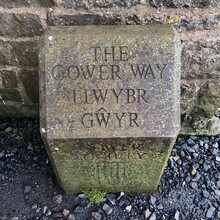 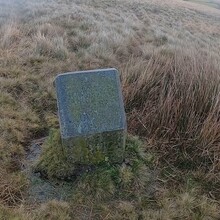 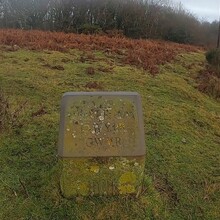 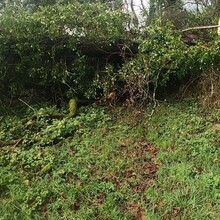 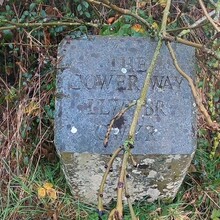 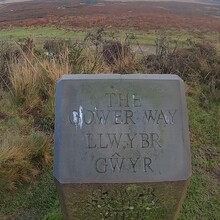 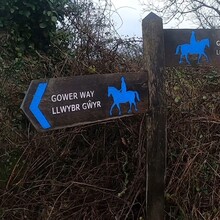 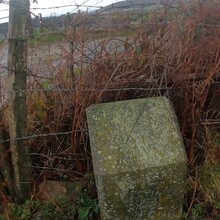 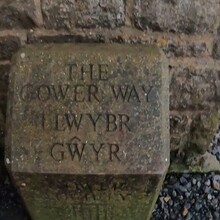 I decided to venture out along the Gower Way whilst at home for Christmas. I ran the Gower Way from East to West (starting in Rhossili and finishing at Penell’r castle). I thought this would be a better option as I’d finish closer to home. The morning was wet but after leaving the wormshead watch house it started to brighten up and drying off.

The trails were immediately muddy and I slipped a few times early on. Even the paths were flooded and running through Llandewi and Knelston was cold on the feet! Heading up from Reynoldston I was treated to some beautiful scenes as I ran along Cefn Bryn.

Running through the fields towards Cillibion I had a spectacular fall as my legs slid out from under me, however the mud provided a beautiful soft landing. A fallen tree then blocked the only escape from the field and it took a few attempts to try and climb up and over it!

The long road section passing Welsh Moors and through to Three Crosses was tiring on the legs and by about 30 km,  as I reached Gowerton, my legs were aching. I guess all the slippery surface had taken its toll! The long tarmac stretches along the cycle paths and through Gowerton, Garden village and Gorseinon were a bit of a drag and far less enjoyable than the rest of the route with its varied terrain and scenery.

I was hanging on for the marathon mark, knowing it wouldn’t be much more than 13km or so to cover after that point, however I knew it would be all up hill from there. Thankfully that milestone was soon ticked off and with the elevation increasing, more walking was becoming the norm.

Thankfully, after passing through Felindre, I started to sense the end would soon be a reality and the reservoirs brought a welcome relief to the uneven and wet ground. Although with lots of walkers about, it was far busier than I’d seen all day.

After the reservoirs the steepness of the tracks increased, although the sight of the majestic wind turbines looming over the peaks ahead were a pleasant distraction. The road section after leaving the reservoir oaths and running along Rhydypandy was just awful, although traversing the lumpy, waterlogged moorland was not much more fun. Finally I arrived at the ruins off Penlle’r Castell -‘ and the final Gower Way marker stone. Then all I had to do was travel another few hundred metres over the brow of the hill and down the other side along the main road to find my lift home! The route really does feel like it finishes (or starts!) in the middle of nowhere!

On reflection this would be far nicer at another time of year when the majority of the paths aren’t flooded nor the fields waterlogged. It made hard going. I also wonder how I’d find travelling west to east and covering that last 15 or so km of uphill in the downhill direction…