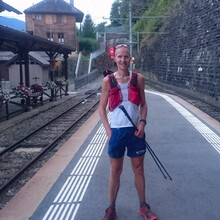 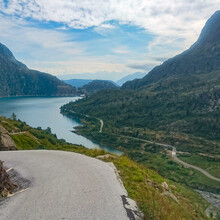 I did this run a perfect day for a run: cloudy with a nice cool September weather. I arrived in Salvan with the first train from Martigny and started running at 5:30. I arrived back there with 1 minute to spare to catch the 19:49 return train.

I went unsupported, carrying my own food. I got water from streams and fountains and I didn't use any of the mountain huts on the way.

I did a first attempt two weeks prior, going in the other direction (clockwise). Even though I dropped about 2/3 of the way in, I was going at a similar pace with a similar effort. So I don't think either direction makes this route significantly easier/faster.