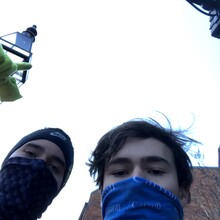 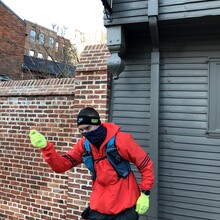 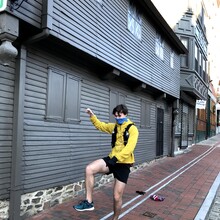 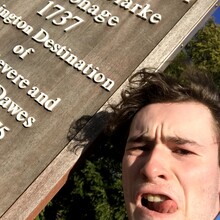 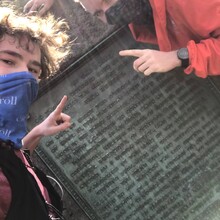 Coulter and I found this route a few weeks ago when Richie set the record, and thought this would be a good way to kick our butts back into gear and motivate us for some winter training before the Vermont City Marathon in May (hopefully). Plus, we were both home for winter break near Boston which made transportation easier. We dropped a car in Concord, got a ride into Boston, and immediately had a 40 minute misadventure trying to find public bathrooms that were open in Boston at 8:20am. We didn't find one until 9am when Quincy Market was open, and after that we were off.

It was chilly and very windy but still sunny which made for pretty reasonable temps throughout the day. Nothing too notable happened on the run; we made all but one street crossing without stopping, and we both felt a little bloated at mile 11, but we pushed through with no issue. There was lots of yelling "the British are coming" on the streets, alas, no one thought we were funny.

Overall this was a fun route, hopefully we can hold this for more than a few days but at the rate it's going that's not likely. Maybe we'll try to break it again over the summer.