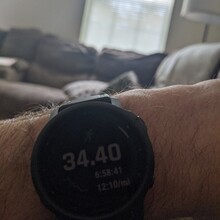 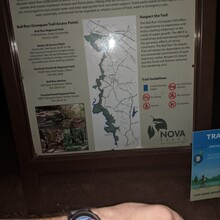 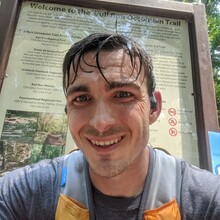 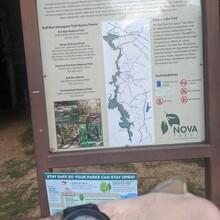 This one has been on my mind since the annual VHTRC Bull Run Run 50 miler was cancelled due to COVID.

I chose the route starting at Bull Run Regional Park due to its proximity to the water for around 8 miles so I could filter water as often as I liked on the return. This is also the flatter section of trail which allowed for an easy warm up and a flat finish.

Setting out at 5:05 AM, meant running under headlamp and semi cool (70 degrees) conditions for the first hour or so. I had it in the back of my mind to get the one way FKT as well so I needed to press a little on the first half but not so much that I would be crushed for the back half that would surely be quite warm. 14 miles in to the run marked the last water source before the end of the trail which is where I stopped to filter water for the first time. Continuing on I reached halfway at around 17.2 miles in 3:04:xx, I was happy with that effort.

Now time to turn around and do it again, it was already getting warm and I'm looking forward to taking a dip in the creek, something I would do 6 or 7 times over the next 17 miles.

At some point between 20-25iles the heat started to take a toll on my stomach and made it a bit harder to take in nutrition. I finally remembered that I packed a couple of Tums in my vest and that cured my stomach troubles. Which allowed me to get moving at a decent clip again. Finishing up at Bull Run Regional Park in 6:58:41.

There was definitely some time left out on the trail, a cooler day would probably lend one of similar ability to tackle this 30-45 minutes quicker