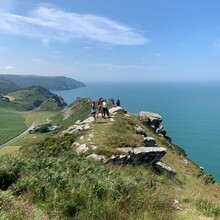 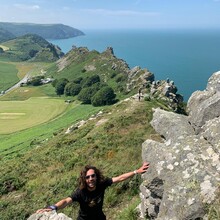 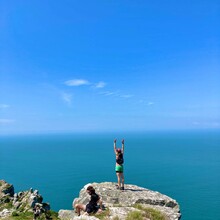 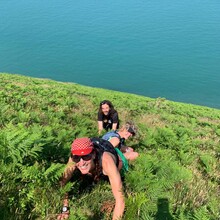 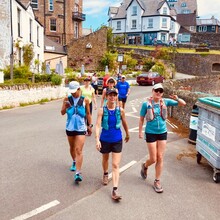 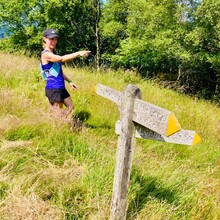 Down in Devon for a "wedding" a group were "persuaded" to make a trip around the bay to try this FKT.

First drama was that the Distance submitted is 5.5 miles but the gpx loaded said it was 17 Km - so this put a few off

Secondly this route had been submitted a long time ago but noone had submitted a time - which in my experience is always a worry about the route.

We are in peak locals tourist summer and this meant that the small towns of Lynton and Lynmouth were absolutely full of people and the carparks were also full. So we found the recommended start car park full and had to retreat to the one in Lynton.

Route is quite possibly one of the most beautiful and brutal short FKT ones in UK. It's a constantly up and down through forest and tropical coastal landscape with the crown jewels being the jagged "valley of rocks" cliff trail - which is nearly 2 km of the route and which took 70% of our time to master.

The real classic is the bit where you leave the path to scramble 90 degrees up the hill to the summit. The description talks about a path but there is none - it's really steep and it totally shocked most of the team. Everyone was delighted to have made it safely albeit with a lot of cuts and itches from the prickly bushes and nettles.

This is not a route for the feint-hearted.

The distance did turn out to be 5.5 miles