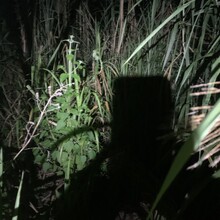 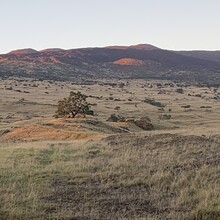 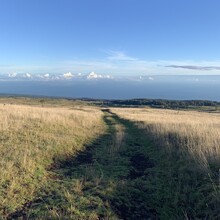 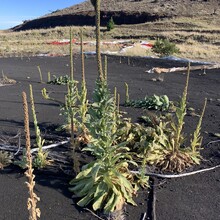 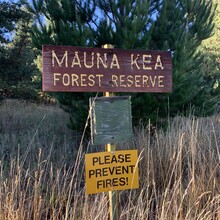 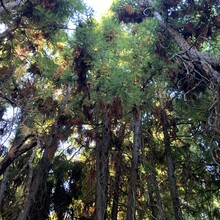 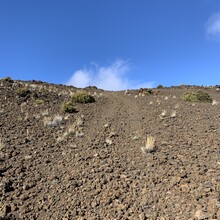 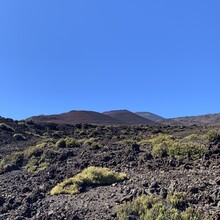 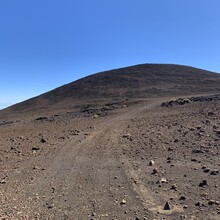 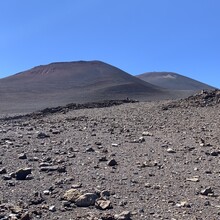 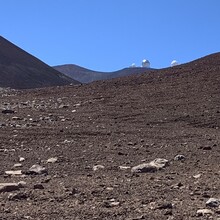 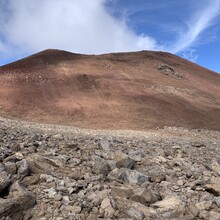 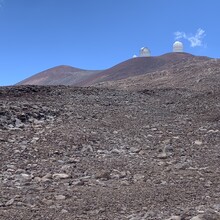 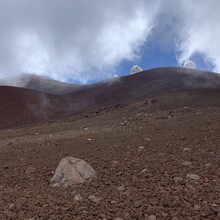 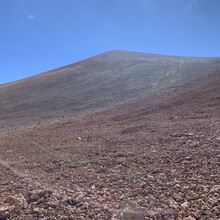 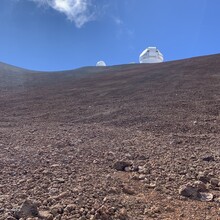 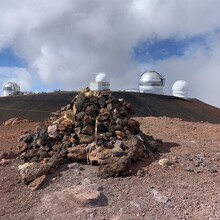 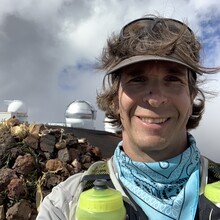 I mapped this route out on Google Earth nearly a year ago for two reasons: 1) it's the shortest and most direct possible route from the coast to summit; and 2) the climb from the coast to the summit of Mauna Kea is the greatest possible elevation gain on earth that a person can do in one continuous climb in one day, on any climb that can be done as a non-technical hike. Once I mapped this route, it became my goal of 2020 to climb it. Needless to say, COVID put a delay on my plans, but I ultimately prevailed shortly after Hawaii opened back up again.

This was a solo, completely unsupported run, and I brought the following with me: 5 liters of water, several energy bars, nuts/dried fruit, peanut butter/banana wrapped in pita bread, rain jacket, windbreaker, thermal layer, gloves, a beanie, extra socks, 2 headlamps, spare batteries, and sunscreen. The real lifesaver was the Gaia GPS app on my phone, to which I had uploaded my route and which I completely relied upon to make sure I was on course.

The original plan was to start at sea level, and I never knew for sure whether or not there would be access to the ocean at the location where I chose to start my route. The start location that I chose appeared to have a potential access down to the ocean, but when I investigated beforehand, I discovered extremely thick sugar cane thickets that prevented any access lower than around 200' above sea level.

There was no place to park my rental car near the start location, so I took an Uber at 1:45am from Hilo to the place where the route meets Highway 19. I got dropped off at 2:30am and hiked downhill on an abandoned, overgrown dirt road as far as I could go until the sugar cane got too thick. I started my run at 3:03am, and as soon as I started my watch, I heard rustling in the sugar cane and a snort, and I recognized that snort as that of a feral pig. I pulled out my switchblade and pepper spray immediately to ready to stab or spray if the pig was going to charge. Luckily there was no charging pig but I ran the first 6 miles with my knife in hand just in case.

The first 7-8 miles were done in the dark, and the forest gave way to grassland when it started getting light. I was on a paved road from Highway 19 for about 6 miles, then on cattle trails for about 8 miles up to about 7,500'. I came across a strange forest of unknown conifers at about 8,000', a sign referred to the area as "Mauna Kea Forest Reserve". Beyond the reserve, the trail appeared to be used by 4x4 or dirt bikes up to about 9,000', where the landscape became increasingly devoid of vegetation. The last bit of trail ended around mile 18 at an elevation of about 10,700', after that I simply followed the path of least resistance on the lava fields. The final 500'-600' climb up the Mauna Kea summit cinder cone was the most difficult part of the entire route. It was all loose volcanic scree, and it was literally two steps forward and one step back. The high altitude above 13,000' added to the difficulty, and I found myself having to stop and catch my breath with every 50' of elevation gain. I aimed for popping up on the low point on the saddle along the Mauna Kea Summit Trail between the summit and the access road. The final 1/8 mile steep climb to the summit seemed easy compared to climbing the volcanic scree.

The route distance is 23.75 miles, with an elevation difference of 13,522' and an estimated elevation gain of 13,677'. I started the run at 3:03am and arrived at the summit at 2:51pm, with an elapsed time of 11:48. The GPX file I uploaded to the FKT site came from my Strava activity for this run, which shows 24.07 miles with an elevation gain of 13,752' and an elapsed time of 12:06. The additional mileage, elevation and elapsed time occurred because I didn't stop my watch at the summit because I thought I was going to have to also run another 6 miles down the Humu'ula Trail to the Visitor Center to get a ride. I had created a segment on my Strava activity called "Mauna Kea Full Climb from Hamakua Coast", which shows the 23.75 mile distance, 13,522' elevation difference and elapsed time of 11:48.

After I arrived at the summit, I ate and rested for about 12-13 minutes, then spent about 5-6 minutes hiking on the trail from the summit to the Mauna Kea Access Road, which at first descends and then ascends about 75' or so to the access road. I spotted a hiker returning to his car, and caught him along the access road before he left. The hiker agreed to give me a lift to the Visitor Center, which saved me 6 more miles and another 2 hours of hiking/running. It was there that I stopped my watch once I knew that that I was not going to continue on foot to the Visitor Center.

The hiker was headed to Kona instead of Hilo, so I got dropped off at the Visitor Center and was stuck there for an hour trying to hitch a ride to Hilo. I also tried to get an Uber, but the area was too remote for Uber drivers to pick up my request, so I had to rely on hitching a ride. An older gentleman heading to Hilo finally picked me up and took me all the way to where I was staying. My advice, do this route with at least one other person, and leave a car at the Visitor Center the night before!