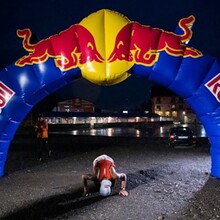 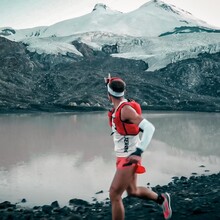 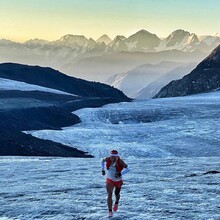 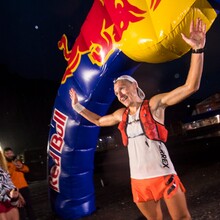 For these attempts, Mityaev started before sunrise from Azau Glade at 2,300m above sea level. The mission was to break The Mountain Race record of 15h 53m 53s, which was achieved by compatriot Andrey Khramov in 2019.

Not only that, but Mityaev also wanted to become the fastest man to run the loop around Elbrus by adding another 30km from where The Mountain Race finishes in Upper Baskan to where it starts in Azau.

Mityaev carried his equipment and refuelled at feeding stations in Khurzuk, in the North Camp and at the point where routes intersected leading to Upper Baksan.

Despite unwanted delays, such as losing around 20 minutes at a frontier checkpoint, Mityaev managed to get two hours ahead of the previous record time by the 70km mark.

In Upper Baksan, he chalked up a record time of 13 hours and 19 minutes for The Mountain Race, however his adventure didn't stop there, as he added 30km to close the loop and achieve a 'world cruise' record time of 16h 7m 20s around the 140km and 6,400m+ distance.

"There were tough moments," Mityaev revealed after the race. "For instance, during the first course of the race it was especially difficult to run across the glacier – a slippery location with a lot of brooks.

"At the 64th kilometre it was really a high-stress moment when I was nearly carried down by the current when crossing the river. The water level in the river rose and though a rope bridge was there, crossing the river was quite a challenging task.

"There was a moment when I started to think that I wouldn't be able to take hold of the rope and I'd be just carried away. However, it all ended good, I managed it.

"This was a tough year, almost all competitions were called off, however due to this I had some spare time in order to work on the projects that I was dreaming about for a long time.