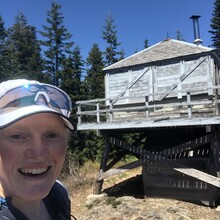 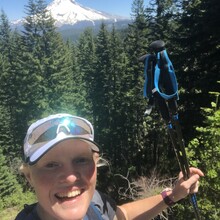 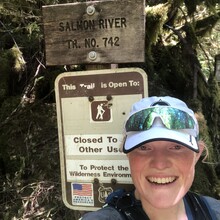 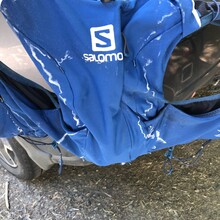 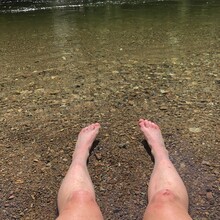 Totally unsupported, carried three flasks of Gatorade, candy, gels, and a banana. Carried a filter too just in case. Used the GPX route from the website to nav. on my COROS.
Started around 10am. The salmon River trail was in great condition and not too crowded considering the conditions. The climb up to kinzel lake got steep, but had amazing views of the valley. Near the top of the peak there was some snow pack where I stopped and packed my hat with some ice, which was a awesome idea. Found the tower and did a quick pick and run around. Headed back down the trail, but there was a ton of blow down. Got a bit off track and ended up tracking off the trail while trying to go around a massive downed tree and lost the trail for about 10 minutes bushwhacking my way back to the trail. It was extremely slow and added time and miles to the route. Once I found the trail again, it was much easier going , but still log hopping until I got down to the steepest section about 3 miles up from the campground. The trail was in good condition here, but very steep and full of switchbacks, which is where my watch lost some distance in the trees I think.