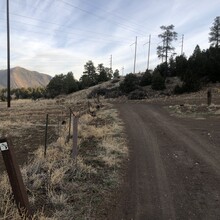 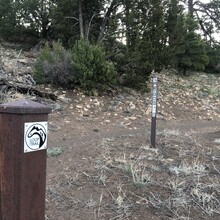 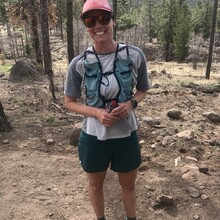 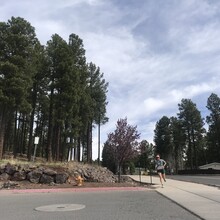 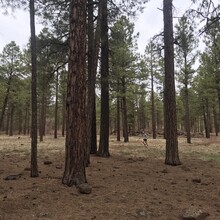 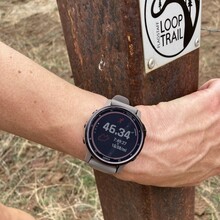 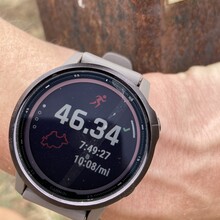 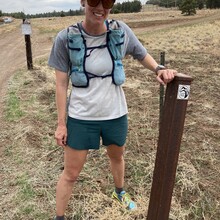 I completed this FKT attempt on Saturday, May 1 in supported style. I had the help of a friend who crewed for me; I saw her four times between the start and mile 28.2. She resupplied me with food and water. I then had a pacer who joined me around mile 34 (Ponderosa Trails Park) and ran with me to the finish. He also brought me food and water when he met me.

As noted in the route description, this trail is still incomplete in several sections, and running this route requires deciding what route to take in sections where the trail is incomplete. In choosing my route, I followed these guidelines: first, if any portion of the trail was signed with Flagstaff Loop Trail trail markers, I chose that route. Then, when a portion of the trail was incomplete, I kept to either the “interim” or “proposed” route (see ArcGIS map in route description), generally sticking to the interim route unless a proposed section is now complete. An example of when I followed the proposed route is going through the I-17 underpass east of Ft. Tuthill; that section is obviously complete now, so I used the underpass. Another example of when I took the proposed route is on a short section of the trail through Ft. Tuthill; the section shown as proposed on the ArcGIS map is not only complete but also signed with Flagstaff Loop Trail trail markers, so I took the proposed route.

I deviated from some previous FKTers on this route in choosing not to use the road northwest of the airport. Because that road appears to be neither the interim nor the proposed route, based on the ArcGIS map, I stuck to the interim route through the Ponderosa Trails neighborhood.

I encountered one signed detour on the Soldiers Trail in Ft. Tuthill. This detour is due to a construction project, and I took care to follow the signs and stick to the official detour route. This detour added a few tenths of a mile to my run.

This route was a lot of fun. I’m extremely grateful to the two friends who helped make this run such a great outing. Thanks also to Marcy Beard for putting up a time to chase on this route last summer.

Thank you, Marcy! It was a really fun day. Nice work yourself on your many FKTs.