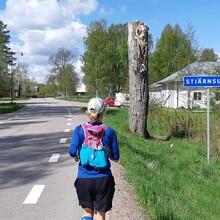 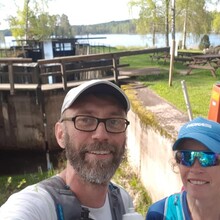 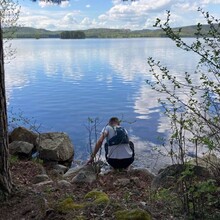 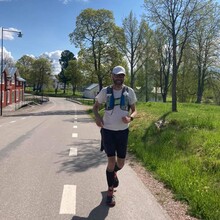 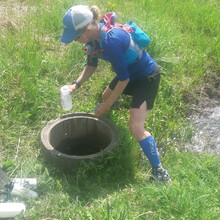 We started at Engelsfors and followed road 270 south. Then we passed through the lock at Silfhytteå and the fresh water spring (well marked, about 50 m south of the route). Then turned south on the east part on the route to round the lake Grycken.

The marking were a bit confusing about 1,5 km west of Stjärnsund, the marking says "go strait forward", but that is a connecting route from Långshyttan. The main route turns north. After finishing the loop around Grycken, back again to Silfhytteå and this time turn north on the east side to close the nothern loop around lake Edsken and Fullern.

There are some shelters on the nothern part of the east side, well marked from the route, except one that is just marked "Pråmleden", which may lead you in the wrong direction. But follow the map (or GPX-track) and you will make it right.

The route was easy to follow and mostly run on gravel.

As unsupported runners we are very thankful for the water spring at Slifhytteå.