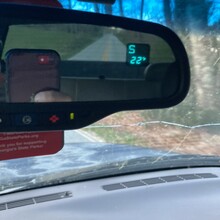 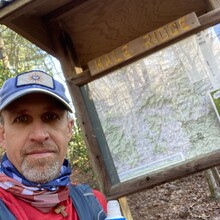 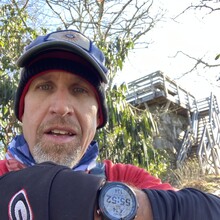 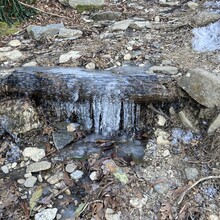 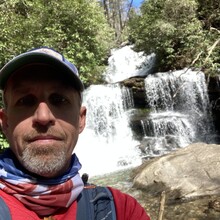 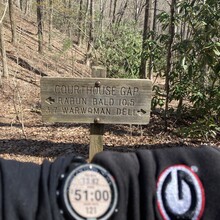 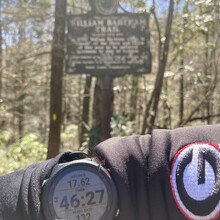 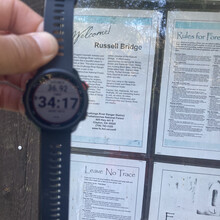 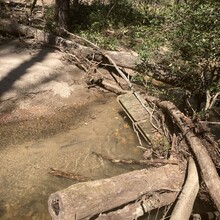 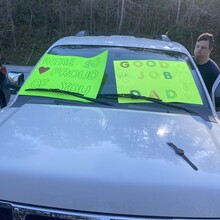 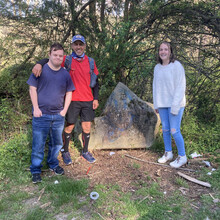 I drove myself to the Ga/Sc starting point @ Hale Ridge on the morning of Good Friday. Bad timing on temperature as it was about 22 degrees at start. Although the early bridges were not iced, there where a few treacherous spots with ice covered rocks.

Played a little conservative at first(had to warm up). Lol.  Made it to Rabun Bald in 55mim, Warwoman Dell in 3:46. Becky Branch Falls bridge was out and took alternate route to Warwoman Rd not knowing at time it was not the Bartram. Turned around went back up to the falls and through the water fall to stay legitimate. It was same distance, but I wanted to correct it.

Made it to Warwoman Dell in 3:46 where I refilled my 2 Befree soft flask, ate bar and gel adjusted pack and back to it. Took wrong path from the picnic table, too occupied with pack, and went about 1/2 mile down wrong trail. Had to double back to picnic tables and resume the Bartram.

From there I hit the wall for about 4-5 miles. My hamstrings were in bad shape. Very deceiving elevation I wasn’t expecting. Lost Strava tracking somehow and spent way too much  time trying to recover that as I still had my Garmin watch tracking. Starting feeling better as a steady downhill section continued. Bridge was out @ Dicks  Creek. Managed to climb trees without getting wet.

The wife and 2 of my children were wating  @ Hwy 28 to pick me. Since my Strava beacon had been lost she was no longer able to track.
The plan was to pop out or trail 3:30-5:00pm. There was no cell coverage to contact them and it was getting close to 5:00pm. Knowing they may have been, worrying I picked It up best I could. 5:02pm I made, exhausted but all good.