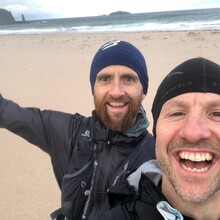 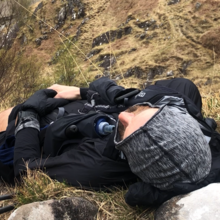 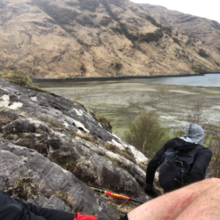 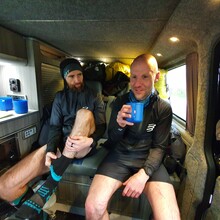 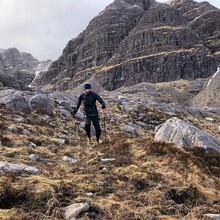 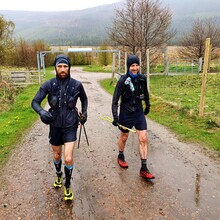 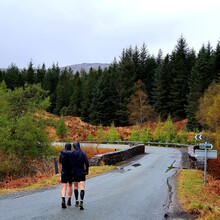 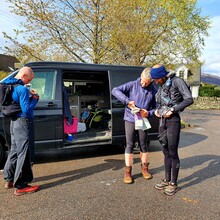 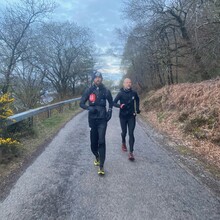 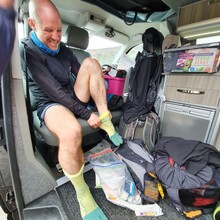 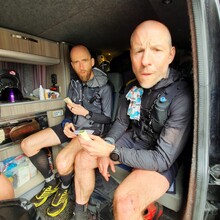 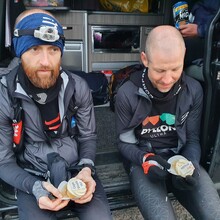 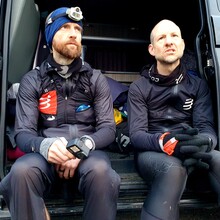 We just wanted to do something. Lockdown was lifting, Paul was stuck in the UK with no races and no plans and I had a baby on the way. With two weeks to cobble it together we decide to go for Cape Wrath in under 4 days. Initially we planned to mirror Beth and Damion's unsupported effort with a few drop-bags. However, we decided (In the lighthouse the night before!) it wouldn't be comparable due to the time of year and daylight hours. We were there with friends as well. Bob Allison and Gav Bussey kindly offered to help us and support us. If we mirrored Beth and Damion their role would have been reduced to safety vehicle drivers. Would have defeated the point of going for an adventure with friends. Our hand was forced with regards to going from north to south due to the bombing range being booked out with gave us a window to get across it. It would have been nice to finish at the iconic lighthouse, however, logistically it was loads easier. It also meant we got to stay the night with Angie and John in the lighthouse which was once again excellent. Angie's vegan pie is worth a visit alone.

We set off from the lighthouse at 0600 on Tuesday the 27th of April and arrived at Camusnagaul (Fort Bill) just a touch under 4 days later. Bob and Gav met us on the route whenever they could and we had a few pitstops and mini snoozes in the camper van. We were relatively lucky with the weather and for the most part things went to plan. Although, not completely to plan. There were highs and lows, bad feet and worse smells. It was a bit of a ride but we achieved what we set out to do. Can't ask for much more than that.

Paul is in the process of producing a short video which we will upload here once it is available. In the meantime the chat on the podcast is decent and worth a listen if you are interested an all things Cape Wrath.

(Shout out to Lea and Rob who recently went for it unsupported. Bold. Very bold indeed. Well done guys.)