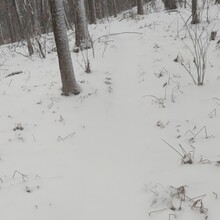 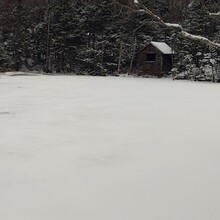 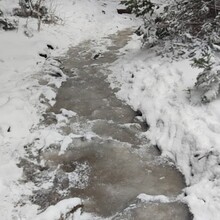 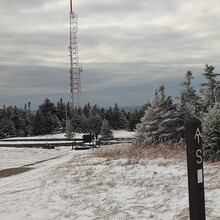 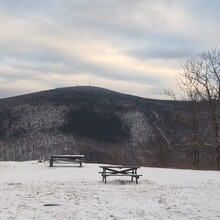 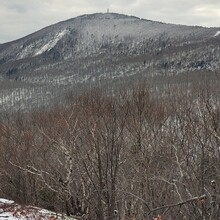 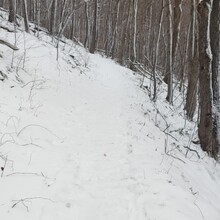 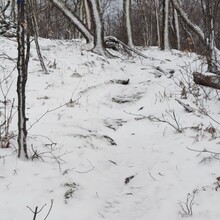 Ran the Greylock Round using the same start point as Jamie Norton - the Haley Farm Trail Head. The route visits 7 summits and 2 ledges on the Greylock Massive.

He specifies the summits to be visited as: Mount Prospect, Mount Williams, Mount Fitch, Ragged Mountain, Mount Greylock, Saddle Ball Mountain, Jones Nose, Rounds Rock, and Stony Ledge. I visited all these. At the Start Jamie missed the turn but I took the direct SE ridge to Prospect, cutting off a chunk of miles but taking a much steeper route. At the far south of the route Jamie visited Rounds Rock and carried on around the loop, I backtracked to the same way to the Nose, I think this saved me another 0.5 mile as Jamie continued around the loop back to the Nose. When the route was set Jamie put: "As far as I'm concerned, future attempts can take whatever route they want to hit these summits." So I don't think it was against the spirit of the route to pick a faster route.

Like Jamie I avoided the ski trail and the road, which would make the run out to Stony Ledge quicker, but it's purposely avoiding a good trail. The route I picked was 21.7 miles. 6665ft according to strava.

Conditions were fun. Snow above 2000ft, ice above 2500ft, it was mostly just 1-3 inches of fresh powder but some old snow and ice had survived the thaw. I wore a metal studded shoe (salming ispike) which was ideal. I'm not sure there was enough to justify a microspike without damaging the rock.