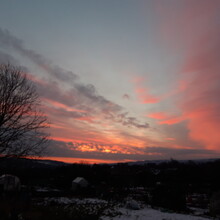 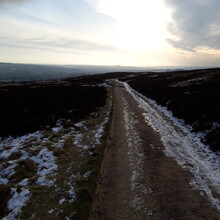 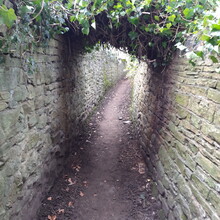 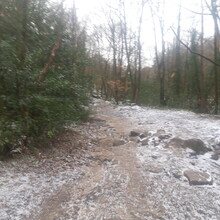 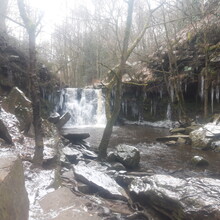 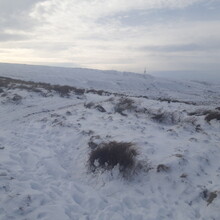 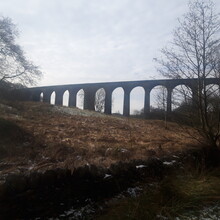 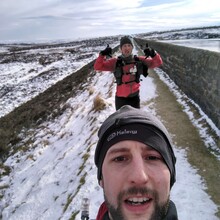 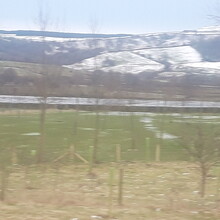 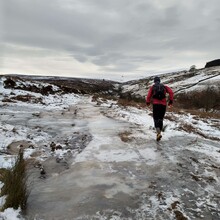 First of all, huge thanks to James Bailey for putting the route up and providing the inspiration! It really is an incredible trail run going through some pretty amazing terrain. I had recce'd the route, which is advisable as it can be quite hard to follow first go, you lose a lot of time trying to navigate. Even after the recce I still managed to go wrong in places. Wasnt planning on having a go at the route so soon, but a cold snap came which meant the normally deep pools of slushy mud and knee deep moor and farmer bog would be frozen allowing for a quicker passage. So I went for it and am pretty happy with the time, although, the gnarled and frozen mud did chew my feet to bits.

So, I am putting this out there for a claim at an FKT, however, I would understand completely if the claim was negated. Between Steeton and Silsden the route is meant to pass through some low lying fields on either side of the A629. On the recce I encountered a series of gigantic lakes that had to be skirted around. We have had a lot of snow and rain lately, so the fields were totally submerged. I had driven past to have a look a few days prior and could see that the lakes (due to the cold snap) had now turned into gigantic frozen ponds. When we did the recce we had waded through a hip deep pool of water, doing that in -5C was out of the question. In order to make it around that section I had to dramatically deviate from the original route as will be obvious from the discrepancies between James Bailey's gpx file and mine. Another discrepancy is that my Garmin clocked 2450 metres of elevation gain.

Regardless of the outcome it was an extremely memorable day of winter running through some absolutely stunning terrain. I started the run from Addingham and ran the first 41 km unsupported, then was met just outside of Oxenhope by a friend who stocked me up with water, snacks and ran the remaining KM's with me. So gigantic thanks to Dan Jordan for the support, his longest ever run!