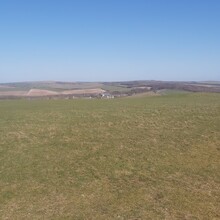 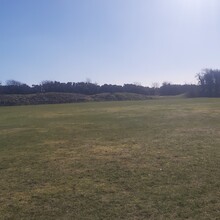 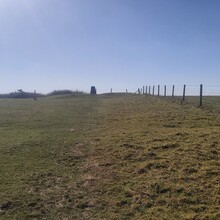 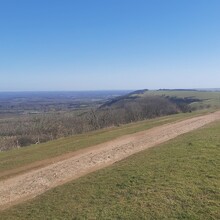 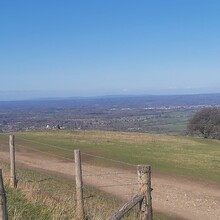 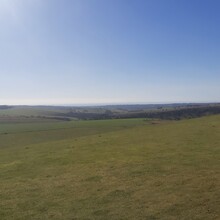 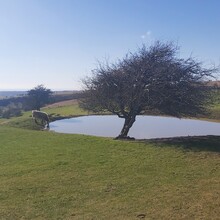 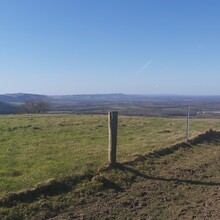 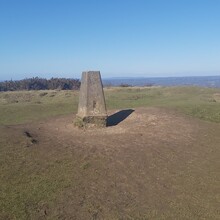 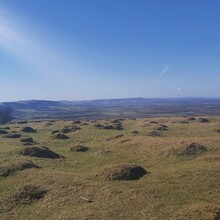 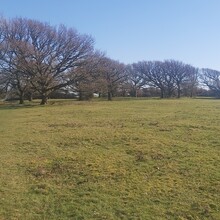 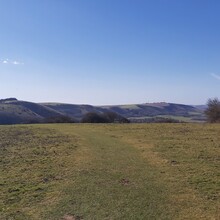 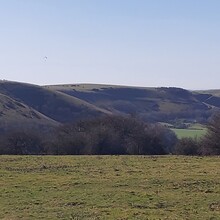 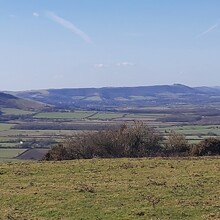 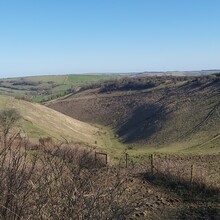 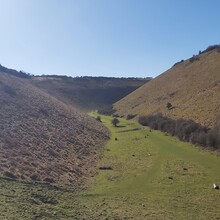 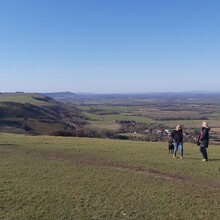 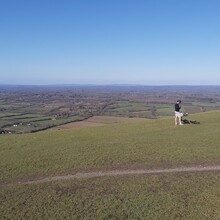 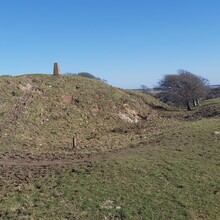 I was blessed with absolutely perfect weather conditions for my FKT attempt.

After doing a full recce of the route 5 days previous (also on a glorious day) I was happy with the route and knew what to expect.

I started off fairly slow taking in the views along the way, (hence all the photo's) from the moment you get to the top of the first peak at Hollingbury it's just an absolute pleasure running this route, especially in good weather, you are just spoilt for choice for the views right the way through until the final few km's where you head back into Hove.

The climbing starts almost immediately as soon I left Hove park where the route starts and finishes at the crest of the hill I was greeted to my first view, before dropping steeply down the other side and exiting out at Preston Park.

Even though I recced the route 5 days before and even with the GPX file on my watch, I did loose a little bit of time coming out of Hollingbury Hill fort (the 1st peak) as I ran past the path I was supposed to be on and had to hack my way through about 30 meters of bushes and that led me to create a video (see below) to help aid others with the navigation, as that section coming out of the hill fort and a few other later on the route could confuse some people and lead to you loosing a bit of time if like me your not paying attention.

The section going around the top of Stanmer woods will offer some nice protection if the weather isn't great, but from then on it's pretty exposed to the elements.

The climb up to the top of Ditchling beacon from Stanmer is a slow steady one and the views from the ridgeline up there were just amazing.

Heading West along the ridge I was spoilt for choice with stunning views to your South where you can see the sea way off in the distance and the city of Brighton and Hove, to your North you can see the North Downs sillhoutted against the skyline and to your West you can see the hills that are to come, including the next peak.

Heading up from Pyecome Golf course and up to Wolstonbury Hill again the views were amazing, you could be forgiven for thinking you was in Wales on a mountainside.

My favourite section of the route was coming out of Wolsonbury Hill fort and running down the hill towards the chalk pit, the terrain is so rugged and the views so spectacular and I really give it some welly down the hill.

The climb up to the 4th Peak (Newtimber) comes soon after and is a pretty tough one, mostly because the Wolstonbury peak climb was still fresh in the legs but before I knew it, I was at the top of the hill and greeted to incredible views over the the Devils Dyke (the final peak).

The climb up to the dyke comes up really quickly and this is the hardest climb of the day but also the most amazing in terms of the views, you'd be forgiven for stopping here to take it all in and crack a few selfies, I managed to snap a quick photo though and pushed on up to the top.

Once I reached the top of the dyke and ran the little looped section I knew it was nearly all downhill so I really opened up and pushed hard right through to the end.

If I hadn't stopped to take so many photo's I could have done this faster, I lost a few minutes here and there, but overall I was happy with the time and more importantly I had a really good day out.

I hope someone lays down a faster time soon, because im just waiting for an excuse to run this route again, I loved every minute of it.