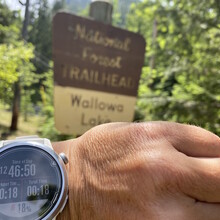 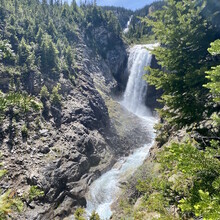 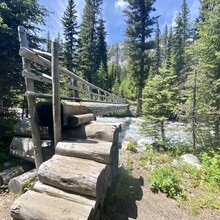 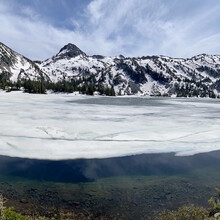 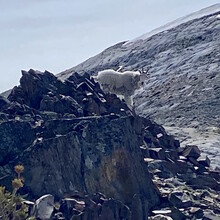 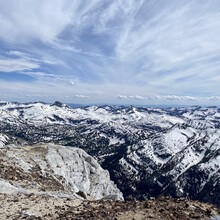 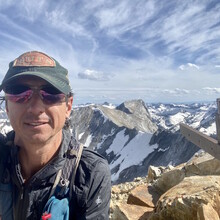 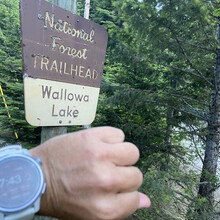 Thanks to Jason Hardrath for recommending this route. Waterfalls, lakes, a spectacular ridgeline traverse and visits the highest 2 peaks in the area with incredible views of the entire Wallowa Wilderness area. The nearby town of Joseph is a great place with a cool brewery, pubs, and cafes. It appears to be a popular summer destination.

I completed this solo and unsupported starting at Wallowa Lake TH with 3 flasks of water, gels, and a Cliff Bar and decided to bring hiking poles on this one for stability in the snow. I began at 12:46 PM and finished at 7:43 PM. The trail was runable with a steady climb up to Ice Lake where I encountered the first patches of snow with a steep and tricky traverse around the corner of the lake. The climber's route up Matterhorn is easy to follow even with the snow and I felt I had made great time to the first summit. The class 3 ridge traverse was a lot more technical than I expected and I was a lot slower bumbling around the jagged spires trying to find the most efficient path. Sacajawea summit eased up to an easy incline and another great view. The return route from Sac to Ice Lake is mostly efficient by following other tracks down the scree side and along a creek back to where the Matterhorn summit trail began at Ice Lake. Snow in the valley really accelerated my descent down from Sac. Thankful for a warm sunny day and an amazing route.

My watch cut gps recording off with less than 2mi to go, but I quickly caught notice and recorded the finish on Gaia and still had the clocktime showing on watch for finish. My total time is from the first recorded time stamp to my last time stamp on the second .gpx file.