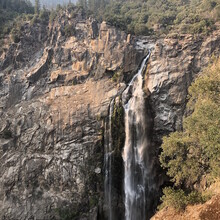 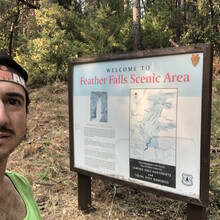 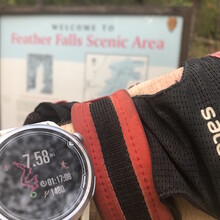 I completed this loop solo unsupported in the counter clockwise direction beginning at the main TH/parking area, out to the falls overlook and returning on the lower trail. I traveled light with just my handheld for water. It was hot as expected and can you run anywhere in Cali now and not be in smoke? Oddly, despite my increased pace and effort the smoke didn't seem to affect me as much today, but still limited my uphill running. I bombed the downhill out to the falls and there are a few hidden climbs mixed in there with a short steep one out to the viewing deck which I took it easy on and about a minute to check out the falls. Over the little hill again to pick up the return trail that's a fast tracj down to the creek at ~mi 5.75. The last climb up was easier than I was expecting and runable for anyone matching or beating my time. I still did a bit of jog.walking to the finish, but could surely run it on a better day. I didn't see any Newts.

The TH and lot have just reopened after construction and there were on 2 other people on the trail the entire day. I had the loop all to myself when I did it. If you're running for time, you def want to beat anyone out there so you can blast the downs unobstructed, but it's a fairly wide smooth trail.

Thank you for creating this great route, Ashly Winchester.