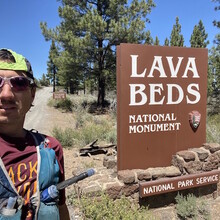 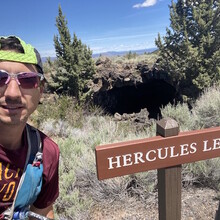 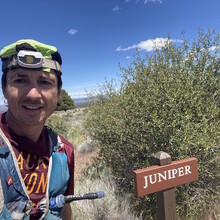 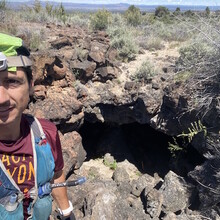 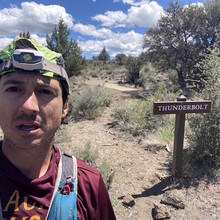 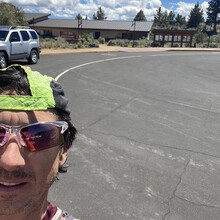 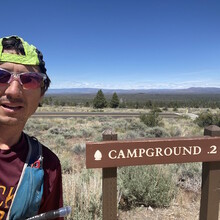 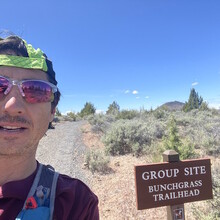 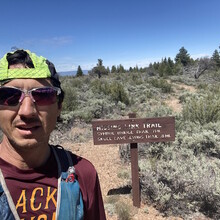 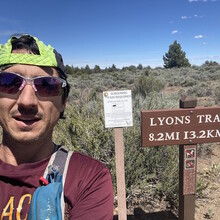 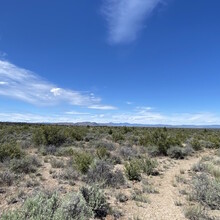 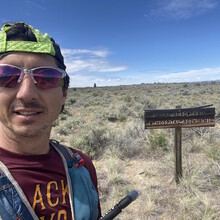 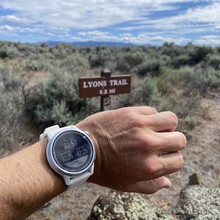 I started my out and back traverse of Lava Beds NM with the goal to FKT the S-N traverse and set a new OKT for the S-N-S out-n-back. I followed the same route as done by Jason Hardrath with the slight alterations due to cave closures. The 2nd mile between the forest road toward the cave loop is a find your own path bushwhack and I used a less densely vegetated route south of the lava flow. It was 100% runable with no bushwhacking, only rock and plant hopping with good sight lines for topo navigation. Prior to the attempt, I conversed with Jason about the cave closures that had been closed that week including Grotto Cave. I found an entry between Grotto and S Labyrinth that appeared to be open and was able to use the S.Labyrinth network only losing ~300 ft of cave. I ran, ducked and low crawled very efficiently through the caves with no errors. (See my important recommendations below for the alternate cave routes). Our routes were identical after my alternate S.Labyrinth entrypoint. The trails from the visitor center to the Lyons TH are fast and downhill as well as the first few miles of Lyons Trail. The final half of Lyons turns to a thicker sand and flattens out with a few small uphills. I reached the gate at 2:25 elapsed time and felt pretty great and aimed for an easier return effort for the double traverse. A sudden onset of nausea turned my return trip into a hike but it gave me more time to admire the view of Mt Shasta in the distance. Despite several hours of practicing the caves the day before, I actually got a bit confused on the return trip.
Gear: Gloves!! are a must as you will be crawling many places in the caves. Be careful. A fall or head bump will not be soft. Thank you to Jason Hardrath for graciously loaning me a helmet for my FKT attempt and I used it the days prior but decided to just stuff some bubblewrap in my hat so that I could easily pack it and go unsupported and not carry or stash a helmet. Head protection is highly recommended however you do it. I carried and used ~30oz of Spring liquid nutrition and ~30oz of water along with a handful of Spring energy packs.

**Cave closures alternate summers and winters and the entry to Grotto is closed until October, as well as the S entry to Thunderbolt which is gated. Please check with the visitor center to verify cave routes. It has been agreed among FKTers for this route that Sentinel can be used as a substitute for the Grotto - S.Labyrinth route. I timed these on practice runs and they are very close ~6 min each. I recommend the following order if you are doing the caves in summer but cave access could change so check with visitor center.
Hercules Leg-Juniper -> Upper - Lower Sentinel -> Follow cave loop around to N.Thunderbolt-N.Labyrinth -> visitor center.

Awesome work on this Jason. Excellent scouting and research for the seasonal cave route options! Glad you had so much fun with this!