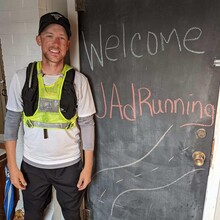 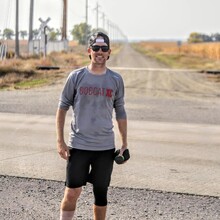 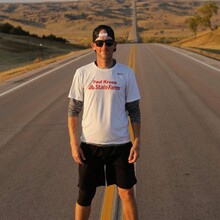 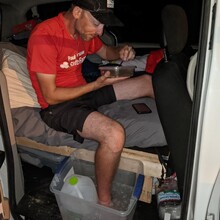 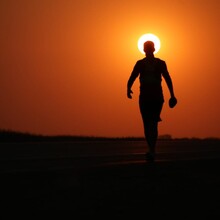 The Run Across South Dakota was a goal I had set for myself during my three years of traveling the country living in my van. I knew going into it the run would be remote highway for a good chunk of the distance. The idea was to break the state up into 40 mile intervals and allow myself to see how I felt on a day to day basis. Some of the highway shoulders along the route were very small which made it extra difficult to focus on my forward moving mentally. After passing the city of Pierre, traveling east, the traffic began to increase. The route had heavy semi traffic from famers delivering harvest to grain elevators. Sometimes the semi's passing would not move over for me as I ran on the side of the highway. They would also kick up corn pellets as they passed. During my Run Across South Dakota attempt Mother Nature decided to make the attempt more difficult by having the winds pick up a few of the days. Two of the days the winds topped out at 50mph with gust as high as 60 mph. This was mentally and physically challenging. Also had a couple of days the temps reached high 80's with the winds. The main section we need supplies was the first half of the route, Sturgis to Pierre. This section is very remote. After Pierre it is not really necessary to have a big food supply because we passed through more cities.

i finished the Run Across South Dakota in 10 Days 7 Hours and 16 Minutes!