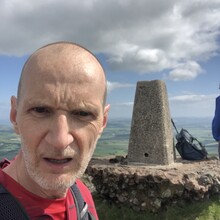 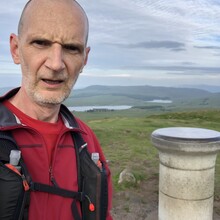 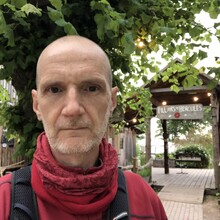 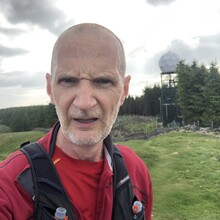 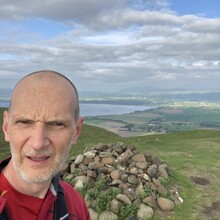 Have been looking at this for a few weeks and made last minute decision to give it a go the night before.

Warm but overcast with a westerly wind so decided to give it a go unsupported rather than restock food/water after the main loop by heading back to car at start just a km or so away. Carried 1 ltr water, 4 bars and some sweets.

Just took it easy as I`ve never been over marathon distance before, but did have a target of 6 hours in mind. Knowing this would be a new submisison for an FKT there was no other challenge than my own pace.

All went well with just gradual fatigue until turning to start the climb up West Lomond at 35km. By the time I hit 40km I hit my real bad patch, and had to walk the relatively flat section near Craigengaw before the climb up the gully. Taking opportunity to get the sweets down me I recovered enough to get up West and run down the last 8k. Ran out of water with 5k to go but that was close enough.

I know there are plenty of people who could significantly lower the time for this route if attempted, so I`ll just enjoy my time with an FKT until someone does.