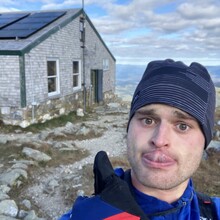 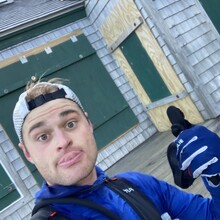 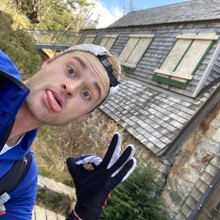 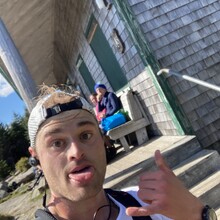 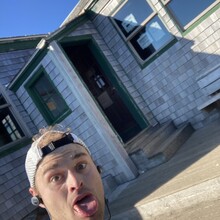 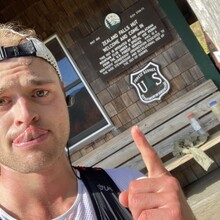 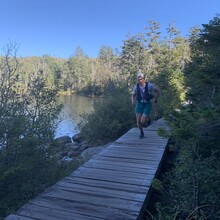 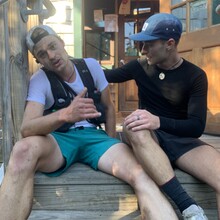 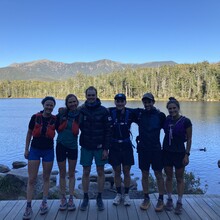 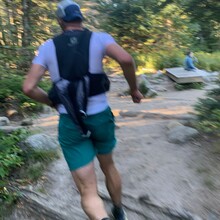 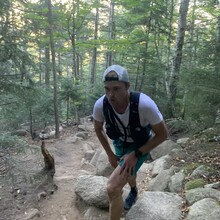 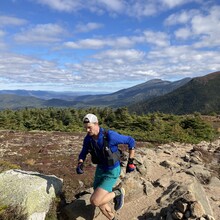 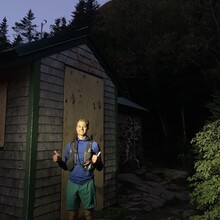 Filled with gratitude. So many friends came out to cheer me on, the sense of community this run inspired is the most valuable part. An incredibly big thank you to Jeff Colt (previous FKT holder) for his support from afar, I don’t think I could have done this without knowing he was behind me. And I never felt safe out there chasing his times, they are STOUT!

I embarked on this run as a vision quest of sorts. Having never run anywhere near this far, I was not sure to expect, which is exactly what I looking for -- a dive into the unknown. Jeff and Peter Howe's guidance was essential, I focused on running smooth over the Prezis, putting some effort in on A-Z trail, then really brought attention to Zealand to Galehead -- certainly the crux of the route -- then from there I just emptied the tank.

Weather presented a two-fold hurdle today: cold temps (teens with single digit windchill) on the prezi range necessitated carrying some warm clothes for the first half of the run. I carried nordic pants but didn't use them, running in shorts, a t-shirt under a wool top and windbreaker, plus hat and gloves. The second challenge presented by below freezing temps was that most of the huts had drained their water lines and removed the spigots for the season. The only hut that I was able to fill at was Zealand. I filtered water at Lakes of Clouds, grabbed some flasks I had stashed at Crawford Notch, filled at the Zealand spigot, and then filtered again at Garfield spring.

On support: All previous runs on this route have been classified as "self-supported", in step with the history and spirit of the route, which is to connect locations where hikers can get services in the White Mountains. I was not able to take advantage of the hut's services (except for at Zealand) due to COVID and the time of year. However, I did drop water for myself at one location, Crawford Notch. I also left behind my warm clothing here and came back later for them. I did not have pacers, although I saw friends along the way who were there to cheer me on and get some time in the mountains themselves. Two of these friends, Zane Fields and Luke Costley, ran the last ~800m of the route with me. Zane also ran with me for a few minutes near S. Twin/Galehead. I believe this is in line with previous "self-supported" attempts on this route, some of whom had pacers the whole way.

My legs are done for the year, I think. On to ski season!