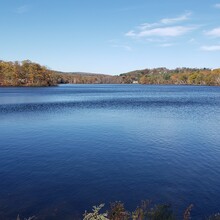 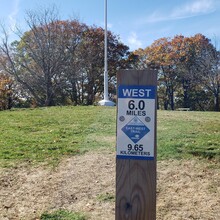 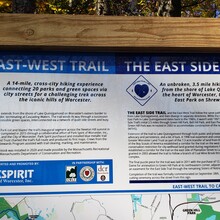 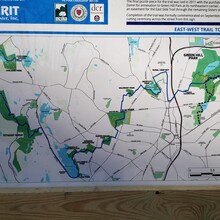 I knew this trail was going to be difficult to follow. I had reached out to the male FKT holder about this, and he gave me a few pointers. It helped, but not much. By mile 2 I was already off trail by half a mile. Overall that was the biggest mistake I made. But this trail is much more an urban navigation adventure than anything else, with about 80% being road with little to know markings or blazing. The sections I thought would be difficult, and already had run, were by far the easiest. Overall and interesting and quite neat way to see the city of Worcester, but bring a gpx map if you attempt.