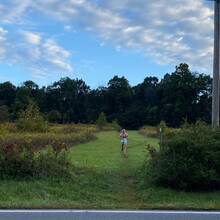 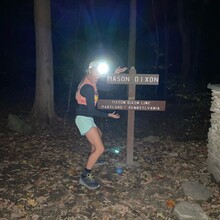 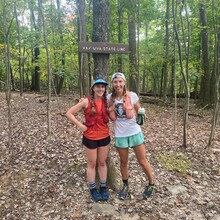 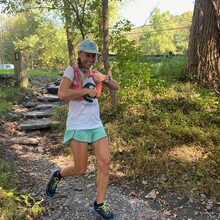 Shewie! Who put all those rocks there?! I started at 6:01am on October 1 an Pen Mar. The first 8 miles were the toughest. I had a tough time with rocky sections and trying to navigate in the dark, but it got dark pretty quickly. I had an awesome crew though and they met me at mile 8ish, 18ish, 22.5ish, 30ish, and 37ish. A friend of mine ran with me the last section from Weverton to the state line and it was pretty grueling, I just wanted to be done.

But it wasn’t all bad! It was a beautiful day and the downhills were great fun, even though they were rocky.

I was pretty familiar with the route from South Mountain to the end so the first 23 miles were all new. So it was an exciting mile stone to get to that point because the rest of as so familiar.