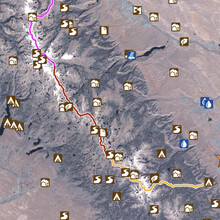 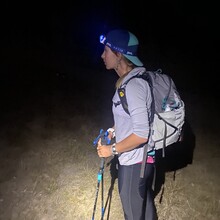 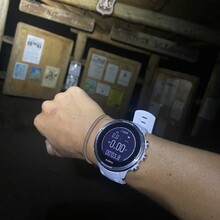 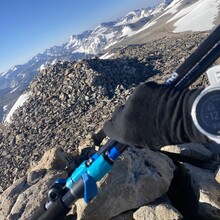 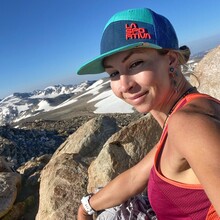 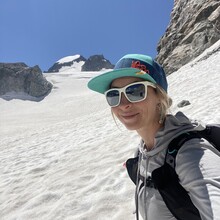 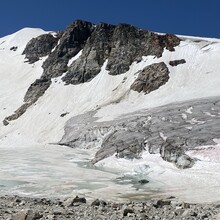 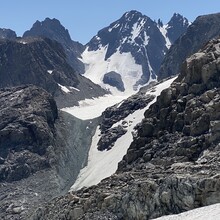 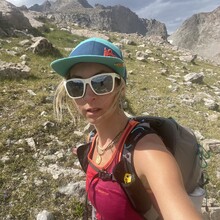 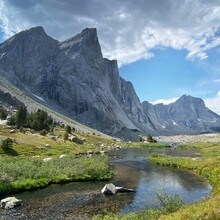 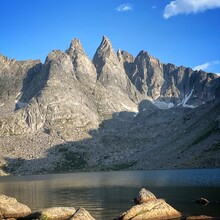 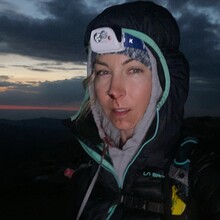 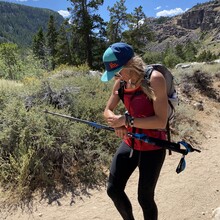 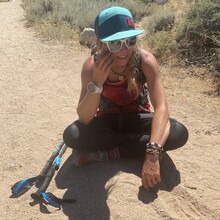 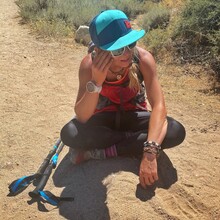 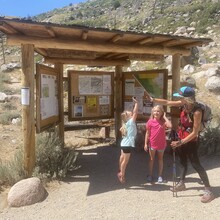 Solo unsupported fastest known time completed on the Wind River High Route in 59hrs and 37 min. The route is between 97-100 miles with 30k vertical gain and 65% off trail over loose mountain passes, glaciers, snowfields, and alpine tundra. The majority of the route stays between 10,000 and 12,000 feet and is bookended by Downs Mountain (13k) and Wind River Peak (13k). I began at Glacier Trail Head at 2:38am on August 4th and ended at Bruce’s Trail Head in Lander at 2:15pm August 6th. I used a new Osprey 18L pack that weighed in at about 12 lbs when full of all my food. In retrospect I packed too many calories ( about 10k).  I did not pack sleeping gear or shelter or a stove. I did choose to bring bear spray and brought micro spikes specially for the Alpine Lakes Pass area but in the end could have left those behind. I used two soft flasks for water (one with a filter) and just drink water as a traveled. I tried to get a little sleep in a shiver bivy (emergency blanket) set up the first night near Europe Peak between 3:20am and 5:20am but only managed maybe 20 minutes total due to shaking and opted out of sleeping at all the second night. My watch unfortunately paused on top of Downs Mountain for roughly 2.5 hours so my Strava report is 9+- miles and a few hours off. I also recorded the route on Gaia on my phone in three segments (had to keep resetting the app). I have photos and videos of the entire trip in my Instagram story highlights titled Wind River FKT.

That Looks spectacular and might be worthy for me to make a trip across the border to do....Nice effort