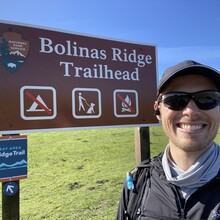 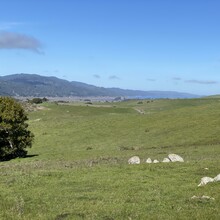 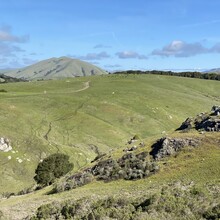 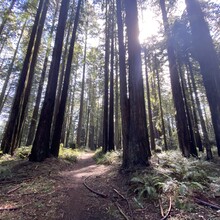 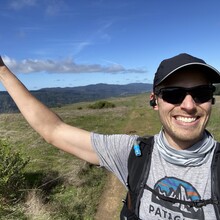 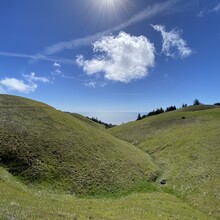 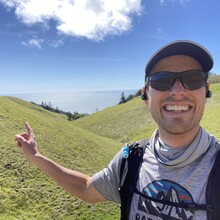 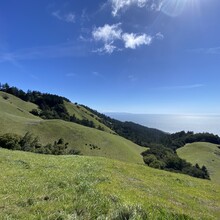 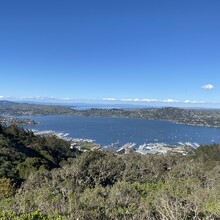 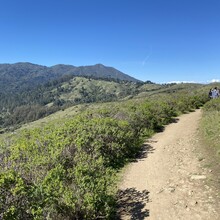 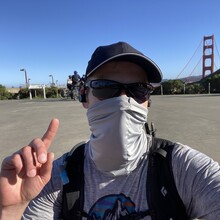 Yesterday, I ran the Bolinas Ridge trail from near Point Reyes to the Northern end of the Golden Gate bridge. It was my first ever successful run in the 50k range!

I had my fiance drop me off at the Bolinas Ridge trailhead at approximately 10am and I began my route from there, carrying all of the water and food for my route in my Black Diamond Distance 15 pack (sweet piece of gear!). My fiance (an avid cyclist) had said that the water at Pantoll ranger station was turned off due to COVID precautions, so I made sure to go a little overboard on the water.

The first 10mi were easy cruising, following the fire road-type trail into redwood groves that spared me from some sun exposure. After that came the true highlight: running below Ridgecrest Blvd in Mt Tam State Park, a beautiful stretch of single track trail with sweeping views of the ocean. I somewhat regretted my late start when I hit Mt Tam, but dodging hikers provided some amount of entertainment.

Around the 20mi mark, I was starting to feel weary, but I was encouraged by how much easier this run felt than the last time I tried it. I had attempted this route back in Sep 2020, but without enough base fitness (or perhaps due to poor air quality from the wildfires around the state), bailed at the ~24mi mark.

After the long descent on Deer Park Fire Rd, it was time for what I knew would be the most difficult part of the route: climbing up the Miwok Trail, descending into Tennessee Valley, and then climbing up the Marincello Trail before dropping into the parking lot near the GG bridge. Unlike the first ~20mi of the route, this section involved more aggressive climbs and descents.

I was beat going uphill and opted to power hike with my poles out. As time went on and I got closer to the end, I began to realize that I could make up some time and potentially come in under the current FKT. This gave me some juice and I began to push myself harder, coming down the hill to the parking lot, running across to the far side of the lot, stopping my activity, and sitting my ass down on the pavement. I'm sure I was a sight to see for all of the tourists!