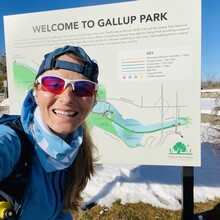 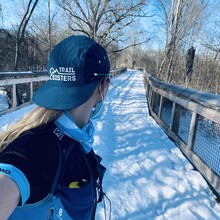 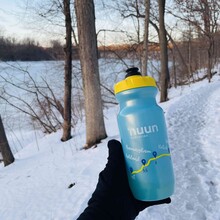 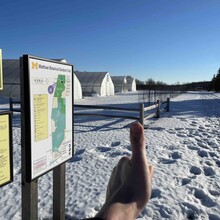 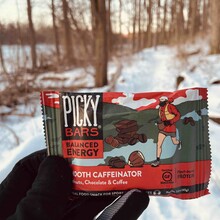 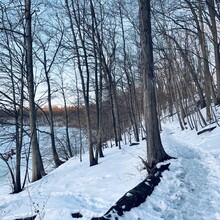 Was thrilled to get the first ever FKT route in Ann Arbor posted to the official FKT board. I provided extensive details about the course, which pieces together some of Ann Arbor's favorite trails around the Huron River, in the original route post that I hope will help those who run it in the future. For this first effort, I took advantage of the start to some warmer weather after our coldest weeks and found myself running through thick, sloshy snow for the entirety of the Matthaei Botanical Garden trail (which is not maintained in the winter as the locals would know, I suppose and a few other parts of the route. As such, I have no doubt this time will be quickly decimated by the next person who attempts it. We have to start somewhere though!

In terms of motivation, I had the day off from the ED and completed this as part of my 2:23 Foundation "Finish the Run" challenge in honor of Ahmuad Arbery and my Nuun Ambassador Team February FKT challenge. Since the start/stop is at the popular Gallup Park and the focus is to piece together many of the trails around the Huron River, this is how the "Huron River Gallup" emerged as the name. Given that Ann Arbor has such a strong running community, I wanted it to be represented on the FKT board so this was an attempt to make that happen. Thankful for my teams who fuel me for these ideas, my continued recovery from my ankle fracture, and all the running I do outside of the hospital - these teams include Nuun, PickyBar AmBADASSadors, and Team Trail Sisters. Also thankful to the FKT community for helping to spur us all on as we find new and creative ways to challenge ourselves, wherever we may be in the world. Looking forward to seeing what others do with this route (and the future ones to come in Michigan). Should be fun and fast (especially in summer when the snow clears or even on cooler days when the snow is better packed in). Enjoy Ann Arbor's inaugural FKT!