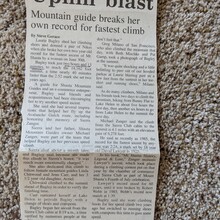 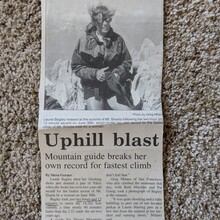 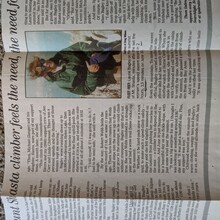 The climb began as stated in the articles (Mt. Shasta Herald/Record Searchlight) at the Sierra Hut on Mt. Shasta June 30th 2000. I had a timer at the hut (Michael Zanger) radio up to the climber (Linda Chitwood) when I started at 8:19a.m. I followed the normal route (Avalanche Gulch) and finished at 10:32a.m. It was a pretty calm day-wind up high and cold. During the climb Jenn Hove-Carr handed my a pair of crampons at Lake Helen. This was the only assistance I received during the climb.  No one climbed with me.