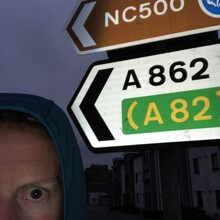 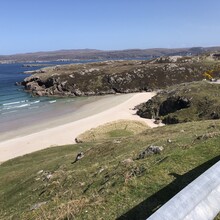 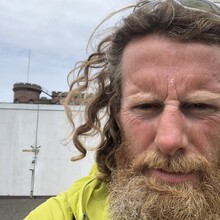 Finally got round to this one after the last few May months have passed by because of the C.I got going on this one at 5am on 2/5 on a Monday and finished on Sunday at 14:38 on the 15/5.what a beauty .this was done solo self supported in the way that I find close to the truest way of travelling self propelled.the route is a good one and most famous obviously as a world class driving and motorbike route and also bike touring route.and because of this it is all tarmac ,which offers its own hardships of turnover and foot swelling.But also benefits as the eyes can be lifted and have less worry of tripping and falling off a typical coast cliff.as long as you can stay awake.haven’t done the sums yet but I averaged around 43 plus miles a day and a bit under 3000ft climbing a day as it’s pretty flat ,so around 35,000 in total.and time on feet a day moving around 15 hours. It is a special route and as a lover of coast paths for there contrast between the finality and drama of land ending to an endless blue I chose this one as an easier option than the typical coast paths which are usually 99% trail.with this being road I excepted that the miles should be higher and the pace quicker.like all things there’s rain ,wind,more rain and more rain.no sleep,wet sleeping bags,mars bars for breakfast and plenty of ticks.but without that you don’t see the peaks first thing in the morning or last thing at night .or hear the birds sing there first song and that’s  a magic that make these little adventures often priceless.I believe in the magic of movement and the meditation within miles that can enliven and improve simultaneously one’s connection to oneself and the surroundings you move through.and these small endeavours offer us a small window into a heightened sense of that.so thank you again for these routes ,the people that help keep them here for all of us .Thanks as always to Buzz and the team and to the new team for the future ,all the best