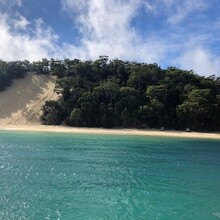 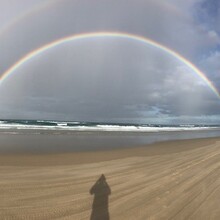 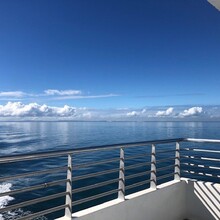 Sand Sand and more Soft Sand, was the best way to describe the day.  I chased the low tide south to kooringal, where the Gutter bar provide a sugar hit with a can of Coke and a Mars bar. Then rounded the southern tip to take on Mirapool Lagoon, which was tricky with an incoming tide and fallen trees. It was then onto the longest stretch beach which started ok but as the tide came in got harder and harder, by the time I reached the lighthouse the rising tide had pushed me up into the dry soft sand near the dunes. Along this long 37km stretch of beach I picked up water at Rous Battery and Eagers Creek which is only potable if treated.

Once I exited the Eastern beach, I traversed across to the North point campsite, where once again I grabbed some water. It was then back onto the beach to take on Health island at high tide which was going to be interesting at best. As it turned out at around the 71km mark, I had to take on a very wide and fast flowing water inlet which involved a 100m swim that was a heart starter at night with no moon or cultural lighting at all. My head light was no use as there was so much salt spray it was like running in fog!!!

But after this crossing it was an easier 17km to the finish point. Over all it was a great route, but there is no relief from the sand.