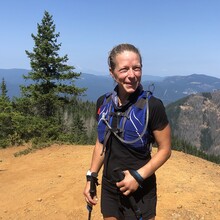 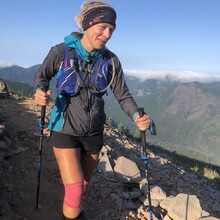 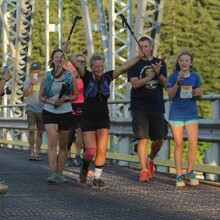 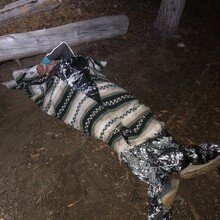 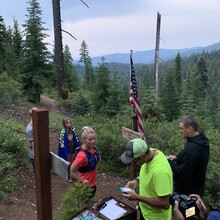 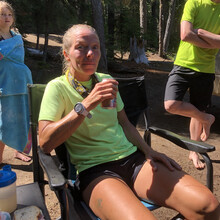 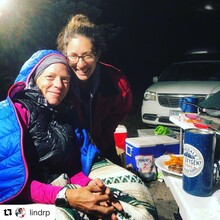 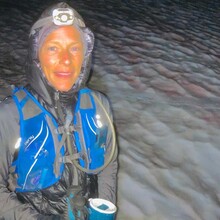 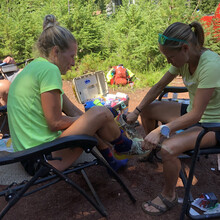 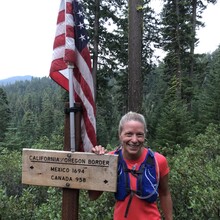 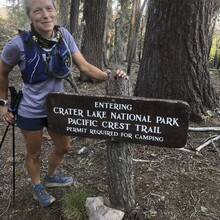 I set off from the California border on the Pacific Crest Trail on July 27th, at 6:00am, heading north and hoping to reach the Bridge of the Gods at the Washington border- thus crossing the entire state of Oregon.

I was supported with a large crew of friends and family and other than the first few miles, I had someone running with me the rest of the way.  My crew resupplied me as often as access points would allow, and sometimes they would run in to remote trail access points.

Sleep was a major hurdle to overcome trying to chase Danielle Snyder's FKT of 9d 15 hr., pushing hard through the nights to take advantage of the cooler temperatures.

My feet started swelling severely by mile 300, and I continued to change shoes, having to go up nearly two full sizes.

My feet were taped for blisters to the point that we did not remove the shoes for the last 130 miles as we weren't sure we could get them back on, and they were already at a numb-type comfort level.

We knew we were cutting it close on time to beat the record and ended by going the final 48 hours with only several 10-minute sleep breaks on the trail.

The final descent into the Columbia River Gorge on beaten down quads was absolutely brutal.

I have the utmost respect for the pioneers who attempted this before me:

and especially the lady I was chasing -

I look forward to many days rest and I want to thank my family and friends for the huge support and all of those who followed along during the journey and sent positive thoughts throughout!

I hope I have inspired others to chase their dreams!