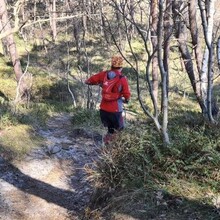 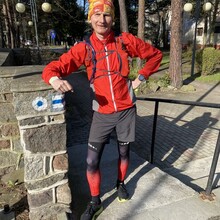 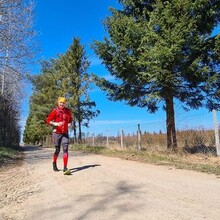 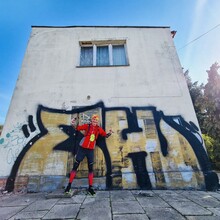 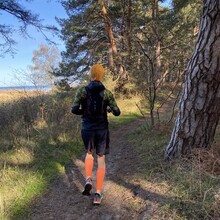 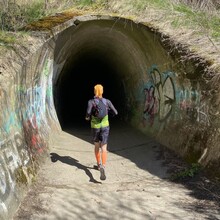 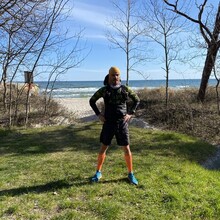 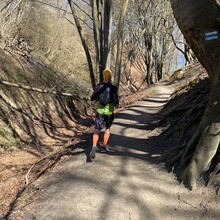 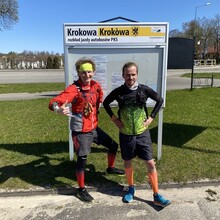 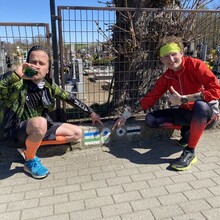 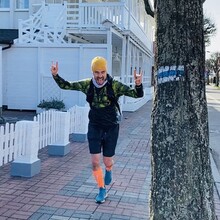 Due to better logistics, we decided to start a route in Jurata. The first part of the tour is of course very comfortable. We took a lot of photos. In the vicinity of Jurata and Jastarnia, you should be particularly interested in the preserved military fortifications. The forest route is quite flat, only in the vicinity of Kuźnica there is a slightly higher cliff. Everything at a pace below 6min / km. After reaching Władek, we wandered around the city a bit. Pay attention to the path on the promenade of the Aleja Gwiazd Spoeru. There are new markings there (which is not on the old maps). It is best to run along Aleja and then return to Antoni Abraham Square via Sportowa Street (as on the track). Then breakfast in Chłapowo (5-minute break) and descent down the Cłapowska Dolina to the beach. Here we slowed down. Running along the beach with climbing a cliff could not be at the same pace. The second and last part of the run is a visit to Jastrzębia Góra and then through nature reserves to Krokowa. Even though the second part of the route (on the map) seemed boring - it wasn't. Forest paths and spring views of the vicinity of Karwia (Karwienskie Błota) are phenomenal. My pace dropped to the "cruising" (quite comfortable) just over 6min / km - I felt really good. Our standard mismatch with the Arek was noticeable now. He preferred to run faster and stop to rest, and I preferred to run slower without stopping. That's how it is. In Krokowa, at the PKS bus station, we have finished the trail and ... we are waiting for better times - who will be the first?