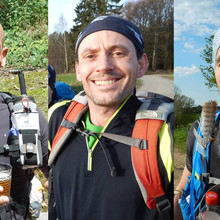 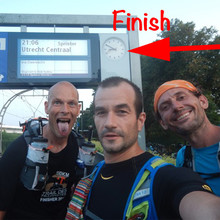 The trio announced their intentions for the FKT:

As a verification tool we will be carrying a GPS tracking device which can be followed live on upnl.legendstracking.com. This tracker and website is provided by the organization of The Legends Trails in Belgium. Thanks Stef and Tim! All details will be recorded (original and actual track, starting and endingtime, etc).

A few weeks ago Mig (Michiel Panhuysen) completed te course for the first time in 26h23. His ultra report is published on the website mudsweattrails.nl/UPNL_2016(is written in Dutch but you will manage with Google Translate).

We will run this route self-supported which means we will be carrying our own supplies and use a supermarket halfway, restaurants and bars on the route if any.

And of course a bunch of pictures in an album on Facebook.