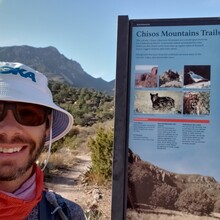 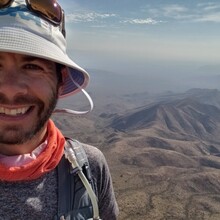 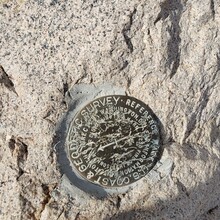 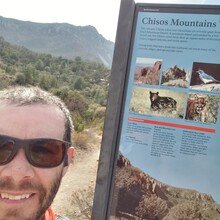 I was browsing the FKT website last week and saw this route had been added. This is one of my favorite "local" loops but had never considered submitting it for an FKT. I have run it faster than the established time on several occasions but I almost always run it clockwise to hit Emory Peak first. Unfortunately I was injured in early November and had to take 8 weeks completely off of running so just started running again on January 1. I thought it would be a nice to give this a try as a celebration of 1 month of running post injury. I also figured it would be nice to try running in the same direction as the guys who submitted the route.

It was a bit of a hot day for January and was already near 60 when I started and was 75 by the time I finished--it was also quite windy on the Northeast Rim and on Emory, but overall a pretty nice day. I started out stronger than I expected and was already ahead of schedule by the top of the Laguna Meadows Trail. I felt decent around the SW Rim, South Rim, and NE Rim and was about 7 minutes ahead of my anticipated time. Unfortunately, I haven't rebuilt my endurance yet from the extended break and I started getting tired on Boot Canyon. By the time I got to the top of Emory Peak, I had lost all the extra time I had gained early in the day which meant I had no time to spare on the descent if I wanted to make my goal time. I should note that the "rock climb" up the Emory Peak spire was very crowded and that also cost me some time. I was trying to push a bit on the descent down Pinnacles but by the time I hit mile 14 or 15 my legs were feeling it and I was just trying to get to the end. Overall, I'm pretty happy with the time since I just started running again this month.

I should also note that this attempt was unsupported. I carried 3 x 18 fl oz bottles of Tailwind in my vest (600 kcal) plus a pack of Clif Bloks (180 kcal) for a total of 54 fl oz, 780 kcal, and 2018 mg sodium during the run. Nutrition ended up just about right, though I probably could've used a little more water.