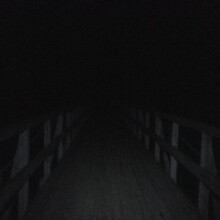 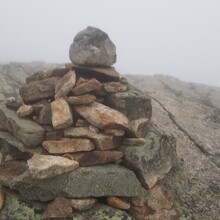 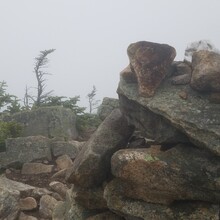 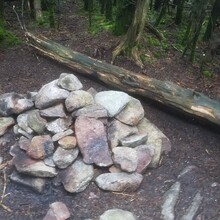 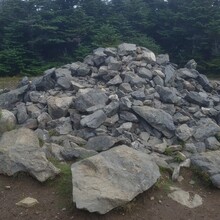 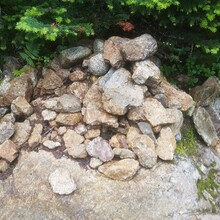 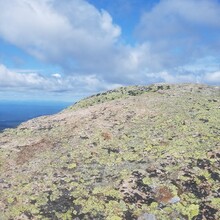 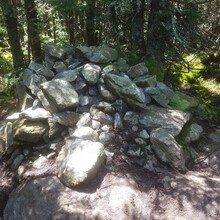 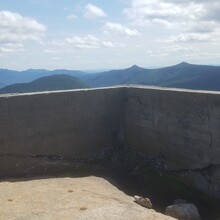 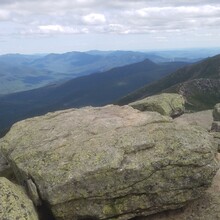 On July 31st 2021, I made an attempt on the Super Pemi Loop, as made famous by Nate Weeks. I began my solo death march on the south side of the Lincoln Woods Bridge just before 4:00AM on what started out as a pretty damp and chilly morning. Just like the other FKT submissions, I chose to take the route counter-clockwise. I jogged most of the Lincoln Woods Trail and the flat section of the Bondcliff Trail and made it up to Bondcliff in time for a beautiful fogged-out view. After that I summited Mt. Bond, West Bond (I was extra careful not to pass the spur), Zealand and followed the Twinway Trail all the way to the Zealand Falls Hut. At the hut I refilled my water at the tap and also used the restroom. Although I didn’t purchase any food from the hut, I am assuming the use of this commercial water source makes the attempt self-supported and not unsupported. By this time the weather had improved quite a bit so I was not as concerned about summiting the more exposed western peaks. The combined wind and low 50F degree temperature made the first ascents of the day rather chilly.

After Zealand Falls, I made my way up Hale via the Lend-a-Hand trail and descended the Fire Warden’s Trail to the North Twin trail, summited the Twins and took another pit stop at Galehead Hut. Next, I tagged Galehead and again returned to the hut to top off my water. From Galehead Hut I continued on for the grueling ascent and descent of Garfield and the climb up to the summit Lafayette. My ascent up Garfield was much slower than I was hoping and easily became the mental low-point of the hike. Fortunately, a little caffeine and a nice sunny view from the top helped boost my spirits.

At some point after Lafayette my phone gave up and died which is why I am missing pictures of the last three peaks (I also missed a pic of Bond). With the highest elevation behind me I was able to pick up my pace a little while bagging the last peaks of the day, Lincoln, Liberty and Flume. At the top of Flume, I was very surprised to see I still had just under 1 hour 20 minutes remaining before the 15-hour mark. Once past the steepest part of the descent down Osseo, I was able to speed it up to a solid trail run pace for the remainder of the hike – which somehow felt great compared to the hike/jog I had tried to maintain throughout the day. I stopped my watch on the south side of the Lincoln Woods Bridge for a final time of 14:53:44.

Having finally completed the route, I am truly impressed by Spencer’s time as well as the times set by the other hikers and runners. This is one monster of a loop!