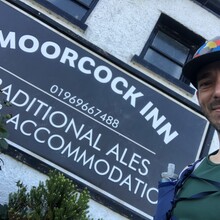 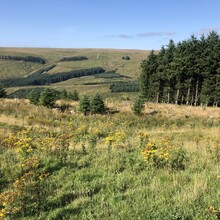 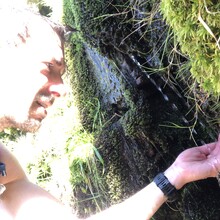 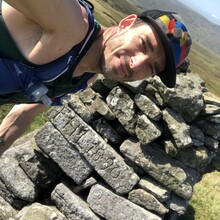 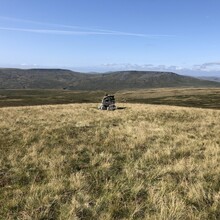 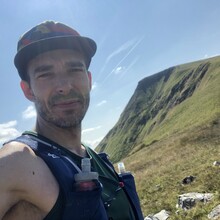 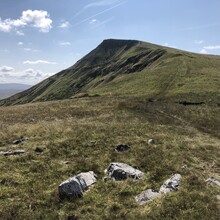 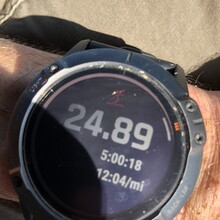 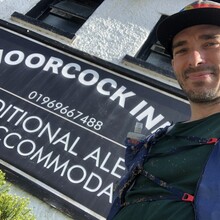 It’s been hot for a week or so, meaning ground conditions were likely to be good in the open moorland of the Yorkshire Dales, so I decided to have a crack at this FKT, which I’d had my eyes on for some time, but had been prevented from attempting previously due to Covid travel restrictions.
I left the Moorcock Inn at approx 9:15am on another hot (21 degC at lunchtime) day.

Running on the dried ground was great, although in the lower/flatter areas the time of year/weather meant there was much overgrown vegetation to battle through - mostly stinging nettles and thistles which made going fairly slow in places. Despite the dried moorland, I did inadvertently stumbke into a couple of bogs that swallowed me down to my hips and took a few moments from which to extract myself, but provided some refreshing cooling down!

This area was exceptionally quiet, especially for a Bank Holiday weekend. I saw no more than 3 people in the hills all day, all of them walkers, so there was no contact other than a quick “Hello, lovely day” as I passed.

I fuelled using TailwindNutrition on my water, and SuperNatural food pouches, carrying everything with me from start to finish, as per unsupported regulations. I filtered water at 14.5miles (from Sloe Brae Gill) and approx 17miles (small stream through farm) as these were among the only water sources still flowing on the route due to the dry weather. The Salomon cap filter is perfect for these occasions!
Pace was a comfortable effort, which I increased slightly for the last three miles, intent on finishing in under 5hrs, but a wrong turn and subsequent short back-track no more than 500m from the finish cost me more than the 20seconds I was outside that window.

Finishing at the Moorcock Inn was fantastic - the staff inside were intrigued to hear about my run and are enthusiastic about the Five Peaks Route, and the ice cream and pint of coke finished off a great day in the hills!!