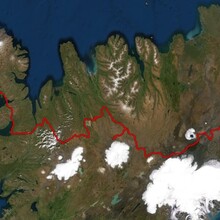 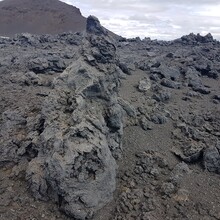 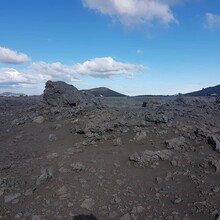 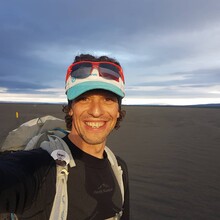 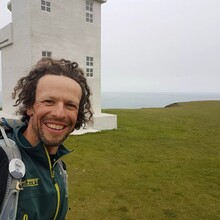 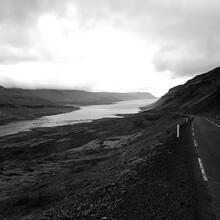 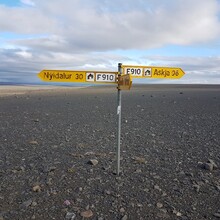 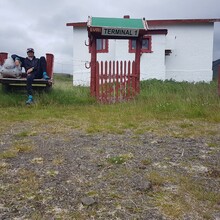 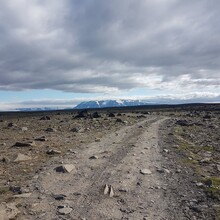 From June 30, 2021 to July 17, I covered the route from Cape Gerpir to Cape Bjargtangar. These are the two most extreme points (E-W) in Iceland

My trail is the shortest way from Gerpir to Bjargtangar, of course beyond highway 1 ;-). After take-off, I followed the local trails through the eastern fjords, heading to road 910. Further in wild terrain, through a vast desert to the Dreki base. Then I followed the old trail that leads through the black desert, close to the Vantajókull glacier. There was a big problem with the drinking water at this stage

Then I reached the Kistufell volcano and reconnected with the F910 trail and after 43! hours after running out of Dreki, I reached the closed Laugafell base. There is a hot spring there :-). the area between Dreki and Laugafell is Iceland's wildest area. At this point, I had two options to choose from, the safe but longer trail f 752, or the shorter, very difficult and dangerous old trail along the Hofsjókull glacier. I chose the shortest path and set off through the vast wilderness to the Hofsjókull glacier. In very difficult weather, after crossing the first three rivers that emerge from the glacier, I was forced to retreat. The power of the rivers was tremendous. Returning, one of the rivers kidnapped me, but I managed to get out. Now I know that the rivers there are too big and too strong in the summer, and I strongly advise against traveling in this area. I started back, ran to F752 and over the mountains to f35 and Afang's base. I stayed there for 12 hours, rested my body, which was tired and injured from the accident in the river. Then I went towards Langjókull glacier to connect with trail 578. With the combination of trails I reached civilization and after 700 km from the start visit the first shop on the route !!!
I continued on towards the west in bad weather and hard times in the mountains. After 12 days, I reached the west coast and thus completed the E-W traverse (728 km). Then I moved towards Bjargtangar. I was running through the majestic western fjords, with very strong winds and frequent rains. I reached the finish line 5 days later. I have completed my trail which I called the Great Crossroad of Iceland. The most difficult trail on the beautiful and dangerous island of fire and ice