My name is Przemysław Szapar, I am a runner and an explorer from Poland.  My goal was not to run on the highway, but to run along the existing trails through the center of Iceland.  My goals are to traverse the Iceland E-W, and to connect the two farthest points in Iceland, Cape Gerpir and Cape Bjertanger.  The exact route is open to the adventurer, but you must stay off the main highways.  You may do the route in either direction.

I started from the farthest, reachable point of Cape Gerpir, along the old fishing trail, then the shortest road through Eskifjórdur and Reydarjórdur, the only accessible road. I got to the f936 road, it is the road through the mountains, which is the shortest way to road 910, and 910 is the shortest to the DREKI base I was in after 4.5 days. The trail to Dreki runs through the desert, and is the most spectacular trail in the region and the shortest from my start to the Dreki base. Then I had two options, either on the f910 trail, the road through the desert, marked with posts, or along the old trail, also marked with posts, to the largest glacier in Europe, Ventajókull. I chose the southern variant because there I could meet the snow that I needed to drink. Trail F910 from Dreka, passes rivers, but considering the unprecedented heat 35C, these rivers were not there. I agreed this with the emergency services, and this variant was shorter. Then I connected to F910, at the crossroads, on the Gjallandi River and then on the only possible trail, f26 got to the only road in the area, f881, which logically encircles the second Hofsjókull glacier. F881 leads to Laugafell's second base. The Dreki-Laugafell trail is a trail known and frequented by 4x4 enthusiasts. from Laugafell, where you can relax in hot springs and sleep in bed, although when I was, Laugafell had not yet started the season. Then I followed the old trail to the Hofsjókull glacier, to the Ingófsskall shelter, to take a shorter route to the f35 road and the Hveravellir base. Unfortunately, the rivers flowing out of the glacier were too big this season. You can see this diversion on the map on this page.  I returned to the safe option north along route 752. I tried to follow the old route because it is the shortest and fastest route, and then my route would be 970 km and I would be two days faster at the finish. This section is the most secluded part of Iceland, running centrally through the center, the most picturesque and a real challenge. Continue on from Trail 752, the shortest possible trail, which is seldom used I got to the f35 road from the north side. There, I reached the Afanga base, where rescuers who were tracking my satellite tracker are stationed. Then I went on a little traveled trail, which was the shortest way to the f578 trail, which is the only trail there. then the shortest route 704 and 705 to road no.1. From there I went to the shortest connector f586 which after 12 days I reached the west coast. I finished the traverse and this way the most difficult trail in Iceland was created, at the same time the wildest and leading to the heart of Iceland.

Then I headed towards my main goal, which is the Great Traverse of Iceland. There is no other road there than the asphalt road no. 60 and 62, and the last 40 km run along route 612 to the lighthouse at the end of Cape Bjertanger.

I think that if someone wants to face the real Iceland, wants to see it in its entirety, and at the same time is looking for a challenge, then they will choose my route. 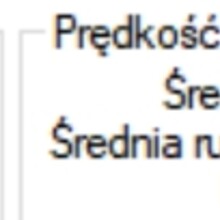