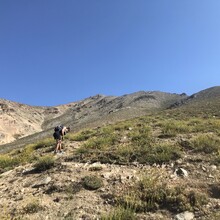 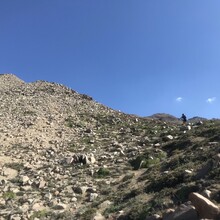 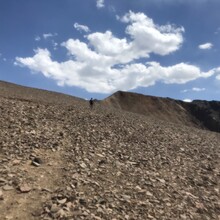 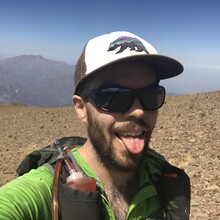 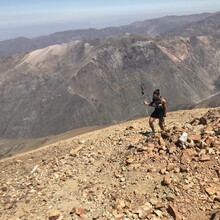 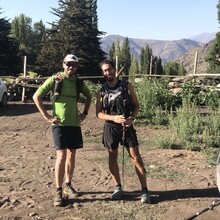 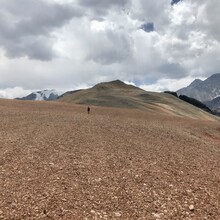 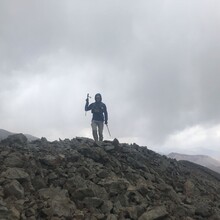 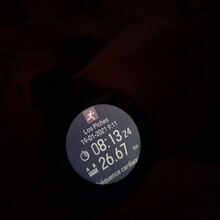 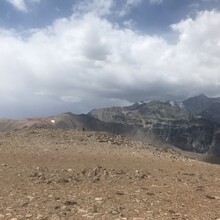 This FKT was a team effort as I was joined by Claudio to try Los Piches in a day starting from Yerba Loca. The tone was already set at the start as we arrived late and have less than 9 hours in front of us to complete the route before park closure.

We were carrying all the food and water as there is no water source en route. Weather was kind of warm at the start, but cold breeze was waiting for us over 3000m and snowstorm hit us at the summit. We were able still to enjoy the view, beautiful especially after reaching Manchon shoulder. Acarreo was not that infamous, especially the one just before the summit.

The path was kind of ok. Many nettles cover the trail at low altitude, so we were glad to leave them behind, even if we knew we would have to cross them on the way back. The climb was pleasant to push, some navigation was necessary, and the descent was less punishing than expected.

We were quite slower than expected on the last part going up and on the descent, as we were running out of water and of food. Three litres per person was heavy in the backpack but at the end not enough, especially considering the altitude.

It was a great day in the Andes, with nobody around except hawks and condors. The only dark parts were all the itches due to the nettles and the headaches coming from dehydration.