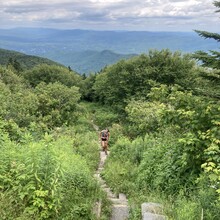 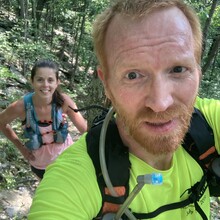 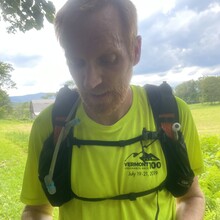 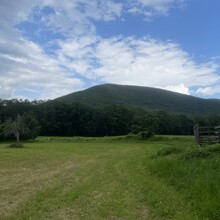 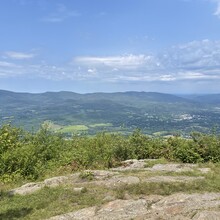 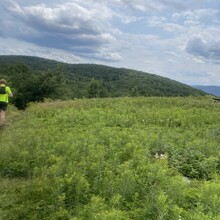 We've both been putting in a lot of miles preparing for upcoming races so started this on tired legs but it was a beautiful day for running and we wanted to get a long run in so decided to set a standard on this route. Just focused on being consistent throughout, power hiked a lot of the more challenging climbs, and run the rest as best we can. Chose the traditional route of starting at Haley Farm parking area and doing it as a loop. The turn up Mt Prospect is easy to miss as previously stated in other writeups, you having to looking for it as the signage and marking is actually behind you after a water crossing and the trail wants to naturally turn towards Moneybrook Falls. The climb up to Prospect Mountain is definitely challenging and steep but gives a few gorgeous views so you feel the progress. The AT definitely had some mud with all the rain lately but it wasn't too bad and the nice thing about this course is you hit a checkpoint/peak every few miles so it goes by quickly. The out and back to Ragged Mountain was definitely the most challenging part mentally is there's a steep down for about a mile that you know you're going to have to come back up. Once we hit Greylock the majority of the elevation was behind us and Round Rock was actually a really runnable and fun section after Jones Nose. Some have parked at Jones Nose and done the course from there and I can see the appeal but we both prefer like Haley Farm as a startpoint.  Coming back over Jones Nose we were close to empty so it was a push to get over Stoney Ledge and back home. We both carried all our own gear each using two bottles and a bladder, gels and granola bars. A fun day that we really felt like we accomplished something challenging though we both think that feeling fresh this is a course that could be done under 5 hours.