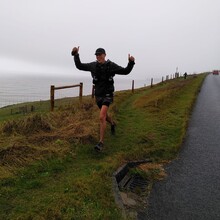 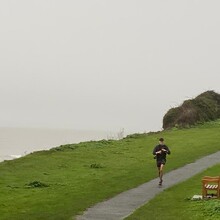 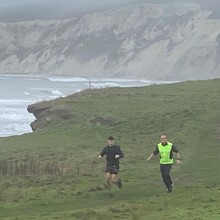 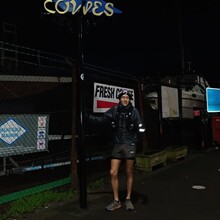 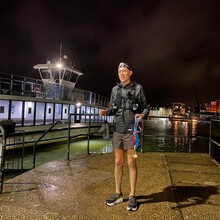 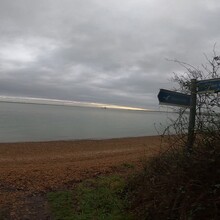 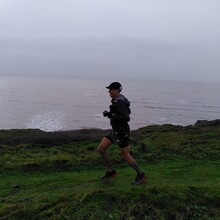 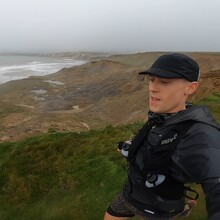 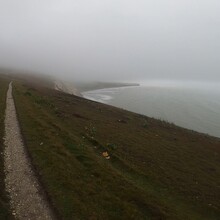 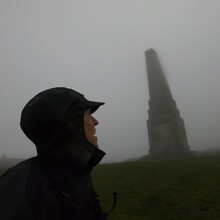 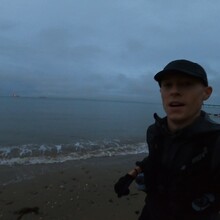 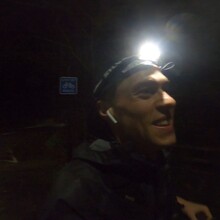 I've wanted to have a crack at this for a long time, Damian Hall used to have the record at 13hrs 49mins, and then Dan Williams lowered it to 12hrs 25mins in 2018.

I followed the route anti-clockwise from Cowes, to East Cowes. The route is reasonably well sign posted but there are frequent diversions due to land slips. It's undulating the whole way, but most short steep climbs. Running anti-clockwise gets the hardest navigation done early, and means you end with 10+ miles on pavement/sea wall.

Probably not the smartest choice timing wise: The second shortest day of the year, following a week or so of rain. Conditions under foot were exhaustingly slippy, sometimes just complete bog going well over my ankles. It was misty, rainy and dark, but that didn't detract too much from how epic it was to follow this route around the whole Island in one go.

I did this fully supported with family out on the route for topping up supplies, cheering me on and some stretches paced.