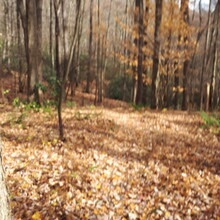 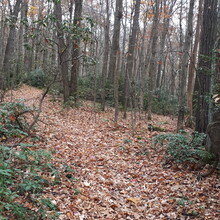 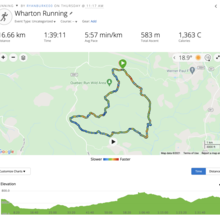 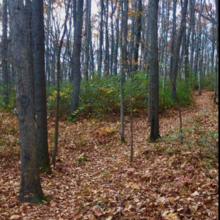 Wow.. it’s hard to sum up these FKTs. To start, basically one feels like they’ve been transported into the Last of the Mohicans in this landscape. Huge Oak and Maple leaves falling throughout. Technical doesn’t really begin to describe it, with everything hidden by leaves, and there were some major kicker hills, and long grinders too. Bushwhacked due to bad GPS for a bit, but was very close to the trail, just in way more difficult conditions. Saw one guy hunting, and heard some woodpeckers.. other than that, solitude. ?Very thankful I randomly decided to come here on my trip south from Canada to Florida, on a day with such perfect conditions.. Much respect to the previous FKT holders for doing this in what I imagine were difficult conditions!

Extraordinary inclusion of wikipedia quote in this post due to poignancy: "While surveying the Mason–Dixon line in 1767, the English astronomer Charles Mason and a team of colonial surveyors ascended Chestnut Ridge and passed within three miles of the southern tip of Quebec Run. Mason described the area in his journal as 'a wild of wildes: the laurel overgrown, the rocks gaping to swallow up, over whose deep mouths you may step. The whole is a deep melancholy appearance out of nature.'"
Watch died about 100 meters from the finish, so we'll go with the bike computer time of 1:39:11, though that time includes standing around 10-20 seconds..