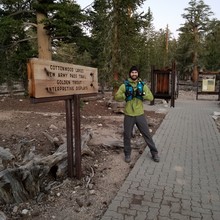 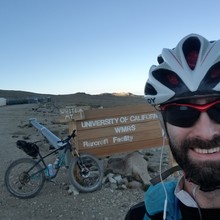 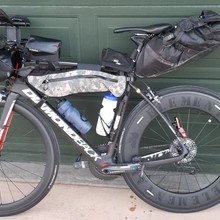 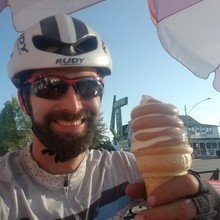 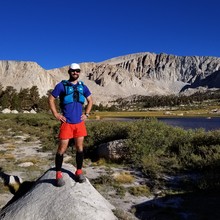 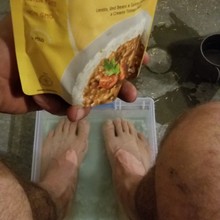 Ryan had an InReach tracker during the trip.  He posted this to Instagram:

Refuse to quit! I finished yesterday what was definitely the hardest challenge I've ever sat through to the end.
The California Fourteeners by bike (all 15 of them!)
- 8 days, 8 hours, 39 minutes New Fastest Known Time! - 36 hours 2 minutes off the existing record [Sam Skrocke's self supported FKT].

I was ready to quit on day 2 walking out from Shepherd Pass - stumbling & totally out of food in the 100 degree sunny switchbacks with terrible blisters (to the point of audibly yelling at my feet to just please stop aghh). This didn't feel like a record for anything ever right then, but I figured I had to go try one more peak and see how that went or not, then another, then another... I wanted to quit officially for real at least 4 times, but if I learned anything this week, it was that the big highs and lows are inevitable on something like this - a both humbling and highly emotional experience.. Still that 53 hour lock down bike push from Bishop up to Shasta felt like it would never end!!! ?

Thanks for all the people behind the scenes, bike shops, friends & friends of that let me stash stuff behind or pick up along the way - to figure out the most complicated strategic logistics I've ever taken on to the point my head hurt. And also much to those that talked positively to me when I was really down in the moment a few times. Thank you all for your encouragement and big time ❤ here to everyone that was there for me!

Ryan also commented on his supports style, which was sort of self supported with "light" support from others, as follows:

I did it the most effective way I could envision to be light and go fast with theoretically the most direct possible route. I cached aggressively x6 at trailheads, used 3 bikes placed strategically in line to go point to point on the same route as the car supported efforts and left touring gear behind in Reno before the last push. I had to call out for mechanical support once for a broken wheel in Susanville that caused a delay [called his dad for help, which qualifies the trip as "supported"]. I had someone on standby call down south and up north for emergencies or bail out. Someone also collected the bike I left behind at the Split Mountain approach on the next morning. I had a minor tune up at a bike shop on route.

I'd prefer to go fully supported someday given the chance because speed is my priority with my record attempts in the past and general company wouldn't be bad, but I don't have many friends capable of keeping up along on such sustained adventuring through the mountains while taking care of both self + carrying extra weight or with the time commitment needed and multiple people required to attempt such an effort effectively without big sponsor $$.

This was definitely the biggest thing I've seen through end to end challenge wise and way out there in comparison to attending races or one day 24 efforts!