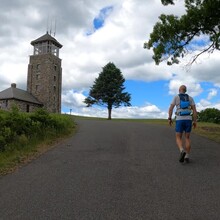 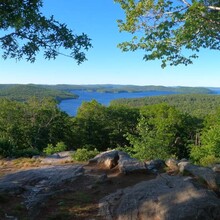 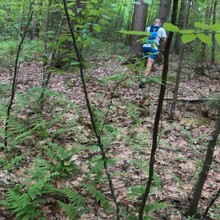 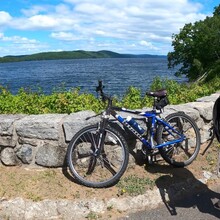 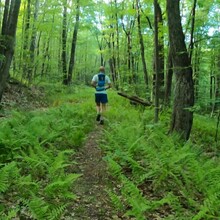 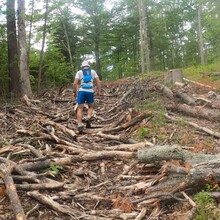 On 6/7/20 Jason Gray and I ran a version of the Circum Quabbin route starting at Gate 22 in New Salem, MA.  I originally designed the route with the intention to circumnavigate the Quabbin Reservoir starting from Gate 22 and following as much gravel road and trail as possible, minimizing paved road outside of the preserve, staying close to the water, and including a number of iconic Quabbin landmarks.  The original route was right around 100k which was a nice ultra distance number.

Jesse Veinotte was going to be running with us but due to a minor injury he ended up supporting us by dropping water at mile 24 (Gate 43) and mile 44 (Gate 3A).  Jesse also joined us on his bike from a little before Gate 43 till the end of Goodnough Dike where he turned around.  We brought a water filter but never ended up using it as we both had about 2L of water carrying capacity.  If one needed, there are plenty of opportunities to filter.  There are also many other possibilities for road-accessible aid along the route but we decided to just go with two.

The weather was ideal for early June ranging from 55-68 and humidity starting around 80% and declining to about 40%.  It was sunny throughout and a nice wind came off of the reservoir.

During our run we ran into a lot of wildlife - a moose only a few miles in, two bald eagles, a number of loons, a great blue heron, and a snapping turtle laying eggs in the middle of a gravel road.  Notable flora included a number of ancient maples and oaks that line the old stone walls as well as an abundance of pink lady's slipper orchids.

I was only able to preview the first 15 miles as a 30 mile out and back a few weeks before the run.  We loaded the gpx track to our watches and I had the route in the Gaia GPS app on my phone.  Despite all of this we hit a number of navigation issues:

These issues cost us probably around 3 miles and maybe an hour's time but it was all part of scouting an unknown route and therefore part of the adventure.  For the most part we followed the planned route other than the above listed alterations.  We also left Cooleyville Rd. early to avoid more miles and took the brutal paved uphill, but more direct, Route 202 towards the end.

The whole effort definitely had an easy going vibe about it and we spent a lot of time stopping to take in sights, chat, and double check navigation.  My route also incorporated some really nice sections that would otherwise be cut out in a route meant for speed.  Some of these sections include the trail down from the dam along the Swift River and the New England Trail.

In the end we went a total of 64.84 mi.  I now have a revised route that is just under 57 mi and will be much quicker.  Either way you go, a trip around the Quabbin is worth the effort.

Eventually I will post a full report and video at www.ramshacklerunning.com